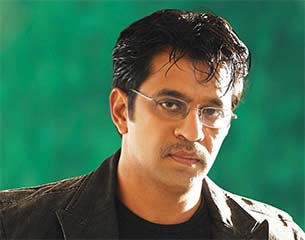 Tamil actor Arjun Sarja, who is busy directing as well as playing the lead in "Jai Hind 2", recently canned a high octane action sequence in a former army facility in Bangkok.

"It's one of the important fight sequences of the film. We shot in a place that belonged to the army in Bangkok. The place was used to store parts of aircrafts, tanks and other vehicles used by the army. We shot there with several American stuntmen," Arjun told IANS.

"Audiences always look forward to action in my film. 'Jai Hind 2' has plenty of action and my fans won't be disappointed," he added.

"We will focus on our Indian education system, the literacy rate, which is directly proportional to economic growth. We are just left with a few weeks of shooting," he said.

Also starring Surveen Chawla, Simran Kapoor, Brahmanadam and Mayilsamy in important roles, the film is being made simultaneously in Telugu and Kannada as well.