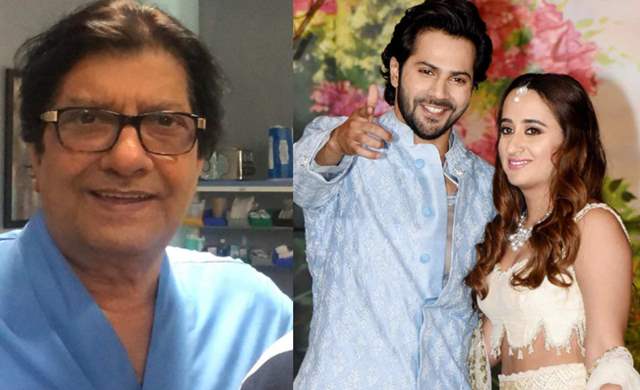 Varun Dhawan and Natasha Dalal are touted to be a one of the power-couple in B-town. Their love story dates back to the time when the two were very young and since ages despite going through ups and downs they have stayed rock solid as a couple. For a long time, they tried to keep their relationship under wraps but now they have come out in the open and are all set to exchange vows.

Reportedly, the love birds will be getting married in this month and stories about the preparation about their big day have been making headlines for a long time now. The rumours started doing the rounds of gossip mills after the Coolie No 1 in a interview said that is planning to getting married really soon.

However, now his uncle and David Dhawan's brother Anil Dhawan has quashed all the stories in a sarcastic yet witty way.

During his interaction with Bombay Times, Anil Dhawan laughed off these rumours and called them untrue. He was quoted saying,

Wow, I am surprised. They are marrying this month, and we didn’t know? Are they going to invite us last moment? Itna secret rakh rahe hai kya (laughs!)?

These stories have been floating around since a long time. Last year, there was buzz that they would be getting married in May. Whatever it is, as a family, we want him to get married soon. I feel this is one ritual you have got to do in time. There is no point prolonging it.

He also called Natasha Dalal a 'sweet girl' and mentioned that they have been advising Varun to opt for an intimate ceremony instead of a lavish one.

So this sets the record straight. Varun and Natasha are not getting married this month at least. We are waiting for an official announcement from the couple.

Varun Dhawan to marry Natasha Dalal this month itself in Alibaug?