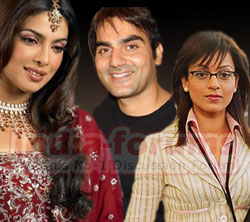 He has just been signed to play the main lead opposite Priyanka Chopra and Kangana Ranaut in Madhur Bhandarkar's 'Fashion'.

'When Madhur offered me the role I was least worried about the space I'd have in the film. Even though two beautiful ladies, Priyanka and Kangana, were already signed, I'm handsome enough to hold my own,' Arbaaz jokes.

'I am the principal lead and the guy who's instrumental in the rise of the Priyanka's character in the fashion world,' Arbaaz told IANS.

'Fashion' would be interesting because I get to work with a director of Madhur's calibre. I also get to work with the two actresses for the first time. Priyanka, I've known well since she has been in many of my brother Salman (Khan's) films. But Kangana I've only met socially. She's a wonderful girl.' 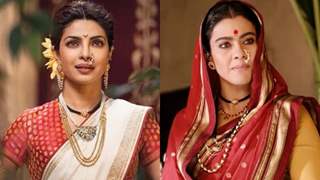