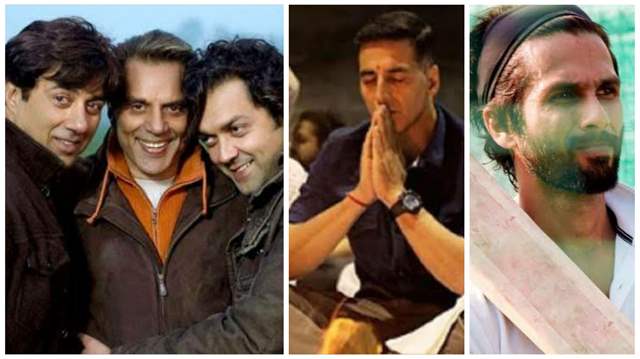 It is interesting that March 2020 was the fateful month when pandemic began and following that it has all been a mere struggle to just make it past this time. And now, March 2021 is turning out to be a month with multiple big releases which will also include several clashes. However, we also know that there are some huge clashes that will also take place later this year. One of those was supposed to be a three-way clash between Prithviraj (Akshay Kumar and Manushi Chillar), Jersey (Shahid Kapoor) and Apne 2 (the Deol family).

It was indeed a massive clash but now one out of these three is out of this clash and it is Apne 2. The sequel which will reunite Dharmendra, Sunny Deol and Bobby Deol along with Karan Deol now has its release postponed.

The film is now pushed for a 2022 release. According to source, the shoot schedule of the film has been pushed by a couple of months, and hence, they won’t be able to meet the deadline of releasing on Diwali.

The film is still in scripting stage and while the film was supposed to go on floors from April, it will now happen in July.

The sequel will end right where Apne ended.