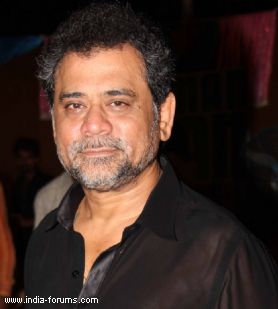 12 years after Vipul Shah's directorial debut "Aankhen", about a bunch of blind men undertaking a dare devilish bank heist, the film's producer Gaurang Doshi is all set to roll with the sequel. And this time Anees Bazmee will helm the project.

Doshi reportedly had a fall-out with Shah during the making of "Aankhen". They parted acrimoniously and the sequel remained uncertain for all these years.

Interestingly Bazmee had a fall-out with Shah during the making of "Singh Is Kinng".

Confirming this Bazmee said: "Yes, Gaurang and I have met over 'Aankhen 2'. I am right now in Ahmedabad for a function. As soon as I return to Mumbai, we'll finalise the details."

Doshi said: "Twelve years seems like a long time to sit on a sequel. But what to do? So much has happened since then. 'Aankhen 2' will have a completely new cast."

"But I can assure you, the actors would be as exciting this time as they were in 'Aankhen'. God willing we'll make a stupendous success," he added.

Sushmita Sen’s Boyfriend Rohman Shawl gets Her Name Tattooed on his ...