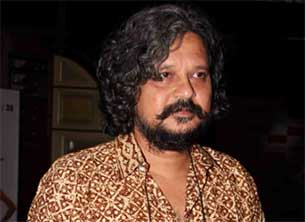 Amole Gupte says he is dedicating his forthcoming film "Hawaa Hawaai" to his father Sudhakar Laxman Gupte, who passed away earlier this month.

If it wasn't for Ajay Devgn, Amole would not have been able to meet his father for the last time.

"We were shooting for 'Singham 2' April 28 when Ajay received the news that his father (former action co-ordinator Veeru Devgan) was unwell. He rushed off to meet him. I suddenly had two days off," recalled Amole.

"Without a second thought, I bundled into my car with my wife Deepa and son Partho and we drove off to Pune to meet my father. Two days later, he was suddenly gone. I now think back and wonder what I would have felt if I had not met him then. I've only Ajay to thank for being able to see my father one last time," he added.

Both Ajay and director Rohit Shetty have been extremely supportive, even offering to cancel shooting. But on May 4, Amole returned to shoot for "Singham 2".

"We're shooting the film's climax. There's no point in staying at home with my memories of my father. I know he is with me. And I know he'd have wanted it this way. I am back to shooting."

"My father always let me spread my wings the way I wanted. Today I am letting my son Partho do the same. 'Hawaa Hawaai' is also about letting every child reach the sky through whatever means he or she chooses," he said.

"It's important for the film to reach out to the audience that loves Karan Johar's cinema. Every child has the potential to be a Karan Johar provided he isn't told to curb his dreams," he said.