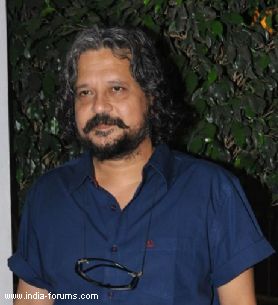 Filmmaker Amol Gupte has launched Anuj Sachdeva in Bollywood with his forthcoming film "Hawaa Hawaai" and he says the TV actor is "mature".

"The biggest surprise in 'Hawaa Hawaai' is Anuj Sachdeva! What an actor! So mature! So effective as Bugs! I couldn't have got a better Bugs! Everybody's asking me who's Bugs? What a performance," Gupte said in a statement.

Anuj, who has become a rage in Punjab with his super hit Punjabi film called "Haani", also liked the script of the film.

"Amol sir's conviction for the film and the extremely well written script just made 'Hawaa Hawaai' a film which I couldn't turn down. The character I am sure will connect well with the audiences," said Anuj.

Saqib Saleem: It breaks my heart to see Bollywood's credibility being ...