Amisha's natural look, her peaches and cream complexion and personal life makes news as much as her professional life. With sky high accomplishments, Amisha reassures herself and her fans time and again that its work that keeps her going. She feels that the role should be meaningful and it doesn’t matter whether it’s glamorized or deglamorized. 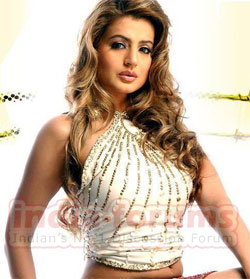 Featured Video
On stepping into others shoes
(Laughs)Right from my debut film, ‘Kaho Na Pyar Hai’ wherein I replaced Kareena (Kapoor) till one of my latest ‘Aap Ke Khatir’ (she took Lara Dutta’s place), I have always stepped into someone else’s shoes. Well! I don't care as long as the shoes fit my feet. I am here to do quality work. If 'X' is not convinced about doing a particular role and if the director- producer approaches me and I like the role I am on with it. No hassles at all.

Guess not having false pretensions gives the babe her own distinct identity!!

On glam/deglamourized roles
In real life too, I don't like to wear makeup. I am comfortable without any put ons. In fact I have done a period film 'Gadar' which the industrywalas advised me against .But I did what my heart felt. For that matter I was also advised against doing a deglamorized role in ‘Mangal Pandey’ as people thought it was too early for me to be seen in a white saree. They also told me it might affect my future and the live in relationship role with a physical relationship scene (with actor Tobey Stephen’s character) will get me type cast. But I did it. I've not come to the industry to run a rat race vouching for a so and so status. It’s just that I love to do good work.

On her admiration for Sanjay Dutt
Sanju is a ‘jaan.’ He is one actor who allows his co-actor to share the limelight. Working with him in ‘Tathaastu’ was an unforgettable, cherished experience, one which I would like to store through out my life. He is a man who deserves hero worship. After all how many people are ready to co-operate to any extent while working. Also he readily helps others to perform well.

On accepting some roles offered
Yeah! It's the character that I care about. Every time I play a character I start living it inside out. I get engulfed into the role so deeply that in real life too I start epitomizing the positivity that sparkles out of that particular character. Learning is a never ending process and imbibing all good things and spreading them gives me the utmost pleasure and satisfaction.

This may sound surprising looking at the image of the average actor that Amisha has. But she means it. Many who know her closely are aware that she means whatever she says. Undoubtedly, the diva seems to be grounded firmly, unwilling to budge or compromise as far as her beliefs are concerned.

On not being vulgar on screen
I work on my roles and I believe in moulding myself accordingly. I take care of my costumes, hairstyles and above all the exposure. Lastly, I am what I am in real life. I can never be close to anything as crude as vulgarity.

On flops
Flops and hits are like part and parcel of Bollywood life. I am here to perform roles offered to me to the best of my potential. My input to every role is always 100%. After that it’s up to the audiences to decide whether they like them or not. Hits and flops don't matter, what matters most at the end of the day is work satisfaction. I might be having a small role in ‘Bhool Bhulaiyaa’ but it was a big hit. Now I am looking forward to my Yash Raj / Kunal Kohli project.

On being a homely person
Yes, I am very much. My home is like a temple for me. I make it a point to buy any small show piece or decorative piece that attracts me somewhere immediately and after that I keep contemplating as to where and which part of my home would be best suited for the new entrant. I take care of each and every corner of my house. My leisure hours are all dedicated to my home sweet home. 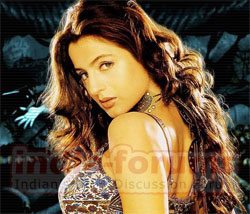 On being a Woman
Life is a journey and I'm blessed with the life bestowed upon me by the Almighty. I like being a balanced woman. It’s not only beauty and a good figure that a woman should have. Along with her assets I believe a perfect woman is one who knows how to balance her relationships with everybody and enrich others by sharing her experiences. Above all a woman should be able to spread an aura of courage and righteousness.

On social work
I believe in working selflessly and incessantly aiding the fragile and the vulnerable. I work for PETA and spastic children to make them happy and not to attain any publicity or mileage. Bringing moments of joy to them without an iota of expectations is what I care for. Finally, I don’t like to work superficially or just to show off. I want to be a good human being and spread harmony. -(SAMPURN) 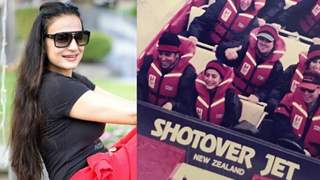 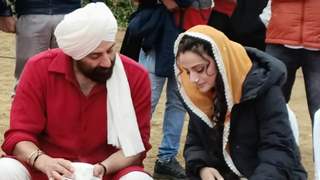 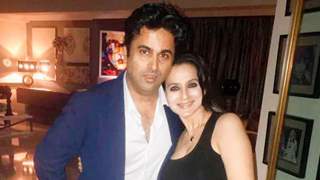 Ameesha Patel on her alleged relationship with Faisal Patel