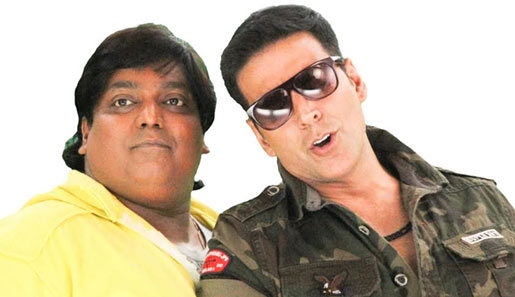 Ace Choreographer Ganesh Acharya & Akshay Kumar go back a long way, Akshay Kumar had first worked with Ganesh Acharya in KC Bokadia's Maidan-E-Jung in 1996, ever since the two have been good friends and have worked on multiple films there after. The latest being Special 26 (2013).

That's probably the reason why Akshay readily agreed to be part of a special song in Ganesh Acharya's forthcoming production Hey Bro.

Ganesh Acharya would be acting and producing the film, and will be showing off his acting skills along with Govinda who has already shot for his scenes as well as announced earlier.