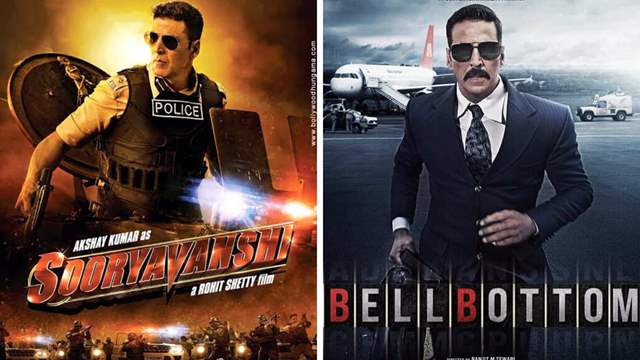 Fans have been eagerly waiting to watch their favourite actor Akshay Kumar on the big screen. While the superstar has a dozen of films in his kitty, his last release in theatres was in 2019 with Good Newwz followed by Laxmii, which opted for a direct to digital release.

The release of Rohit Shetty’s much anticipated film, Sooryavanshi has been getting postponed due to the Covid-19 pandemic. Besides, Akshay Kumar starrer Bell Bottom has also been on a lookout to lock the release date.

Several reports suggested that Sooryavanshi, will have a theatrical release on Independence Day i.e August 15, 2021 whereas the spy thriller film Bell Bottom was rumoured to head for a digital release. Putting an end to all speculation, Akshay Kumar has cleared the air and made an official statement regarding the release of his films.

Official statement from Akshay Kumar , as shared by his team:

I’m humbled at the excitement and eagerness of my fans regarding the release of Sooryavanshi and Bell Bottom, and want to thank them from the bottom of my heart for all their love. However, at this point, it is purely speculative to say that both films will release on Independence Day. The producers of both films are working out the release dates and will make announcements at the right time.

Speaking of Sooryavanshi, the highly anticipated action film stars Akshay Kumar and Katrina Kaif in the lead and marks the reunion of Kat with Akki after nine years. The film also stars Ranveer Singh and Ajay Devgn in a cameo role.

On the other hand, Bell Bottom is a spy thriller set in the 80s starring Akshay Kumar as a detective and Vaani Kapoor as the leading lady. Directed by Ranjit M Tewari, the film is produced by Vashu Bhagnani, Jacky Bhagnani, Deepshikha Deshmukh, Monisha Advani, Madhu Bhojwani and Nikkhil Advani. 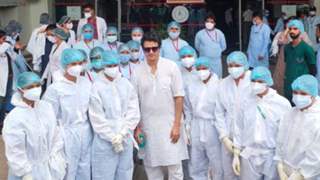 Aniruddh Dave discharged from the hospital after 55 days; posts about ...

2 months ago Two forgotten movies...maybe he will ask his new found political party fans to promote it