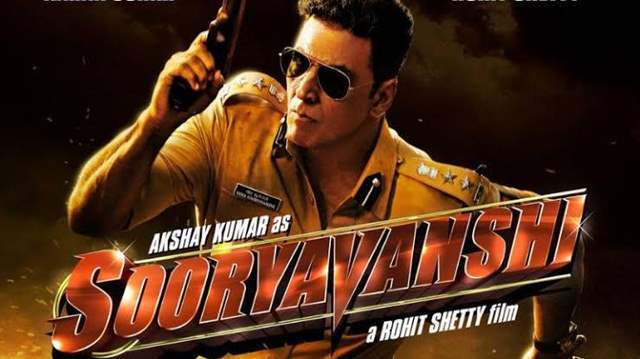 After a long wait of almost a year, Akshay Kumar’s cop drama ‘Sooryavanshi’ was reported to finally lock a release date - April 30, 2021. However, owing to the current Coronavirus situation, the film has yet again hit a roadblock leaving the fans waiting for its release for a year now. The Rohit Shetty helmed film is the third film in his cop universe.

Maharashtra comprises of a major market for Hindi movies, and with the unprecedented spike of Covid-19 cases in the state, an ETimes report suggests that the film is now being pushed back further and is unlikely to release on April 30 in theatres.

“With the suspension of night shows due to night curfews in cities like Mumbai and an atmosphere of uncertainty, it’s a huge risk for a big budget film to release in theatres at this point. Given people’s safety concerns, the film is unlikely to release on April 30,” a source told ETimes

It is also speculated that the makers are contemplating on a couple of options. “The film can either opt for a direct OTT release, simultaneous theatrical & OTT release or OTT release in 14 days after theatrical release,” added the source.

However, Rohit Shetty has never been in favour of OTT release, so the film seems to be stuck in a major dilemma, reported ETimes.

Rohit Shetty's Sooryavanshi was initially slated to release on 24 March 2020, but the release was postponed owing to the coronavirus scare. The highly-anticipated action film also features Katrina Kaif as the female lead and marks the reunion of Kat with Akki after nine years. The film also stars Ranveer Singh and Ajay Devgn in a cameo role.

1 months ago Tell me something I don't know