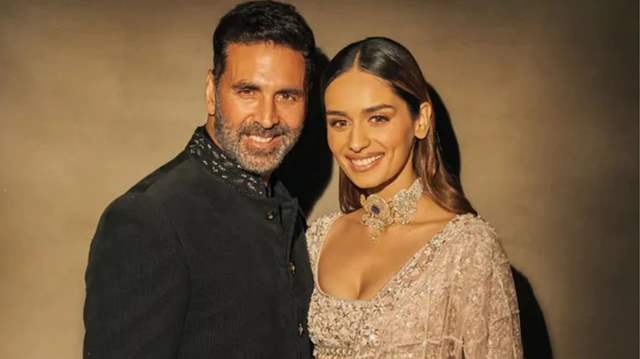 Since the trailer of Prithviraj has come out, fans are eagerly waiting to see Akshay Kumar in this never-seen-before look and role. Touted to be one of the most magnificent film being produced by Yash Raj Films, it is helmed by Dr Chandraprakash Dwivedi.

In a press interaction, Akshay Kumar shared his thoughts regarding the film, his character and his co-stars. When India Forums questioned him about how was Manushi Chhillar as an actor, this being her debut film and his views on her character, Akshay stated,

"She is very evolved actor, she is very beautiful everyone knows that and that's why she is miss world. For the first film you get the role of a queen is not an easy job. To play a girl next door is very easy because you are like that but to play a queen you have never done it in your life. To have that poise, dignity and aura, she performed really good. And the kind of acting, the way she walked, she did it greatly."

"Yaha Yash Raj main aake she used to come for months and months and train with Dr Sahab how to speak and you can come to know she's worked very hard. Another beautiful thing was she had a very good memory. Apne dialogue bhi yaad karti thi, aaju baaju ke bhi karti thi and I would be like kya kar rahi hai tu yaar meri line kyu bol rahi hai", he concluded giggling.

He also shared about how greatful he is to be a part of such a film which has had a thorough research and the director has made sure to show the originality of the character.

Manushi Chhillar will make her Bollywood debut in the character of Sanyogita, while Akshay Kumar will portray the titular role of Samrat Prithviraj Chahuhan. The film will hit the silver screens on June 3rd.