'Akshay's decision came days before the 10th All India Wrestling Championship opens here Feb 1. Participants and lovers of this sport from all over India are expected to gather here,' said Sanjay Nirupam, Congress spokesman in Maharashtra and organiser of the event.

'Last year, when Akshay attended the programme, he had publicly expressed a desire to adopt a few wrestlers to encourage more to take up the ancient Indian sport. We are happy that he has honoured the commitment,' Nirupam told IANS.

Nirupam said that the 'adoption' means that Akshay will sponsor their diet for the next five years.

'Wrestlers usually hail from economically backward sections and are unable to afford the specialised diet to excel in the challenging sport. Akshay's sponsorship will go a long way in helping these six wrestlers confidently tackle domestic and international challenges, including the next Olympics - our prime target,' Nirupam explained.

While Akshay is a self-confessed fitness freak and martial arts lover, his father Hari Om Bhatia was an accomplished wrester from Punjab.

Akshay had committed last year that he would bear the costs - 'whatever be the amount' - of the professional needs of the selected wrestlers and ensure that their career did not run aground due to financial constraints.

The Wrestling Championship is organised by Maharashtra Wrestling Association (MWA) and will see the participation of a few women wrestlers too. The event will be held at the Andheri Sports Complex here. 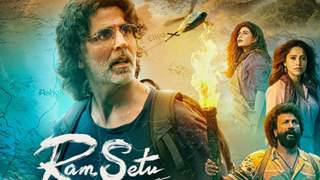