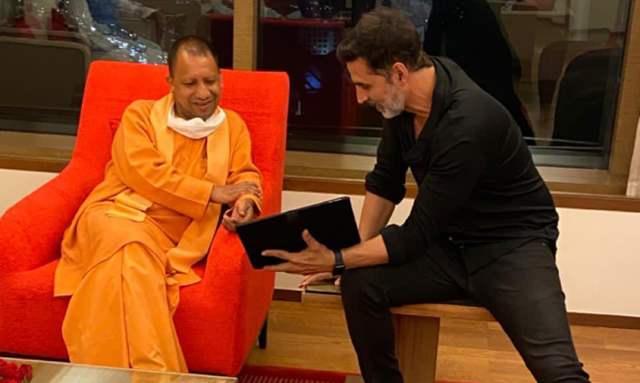 Actor Akshay Kumar has reportedly sought permission from Utter Pradesh CM Yogi Adityanath to shoot for his upcoming film Ram Setu. The actor reportedly discussed the script for the film during his meeting with the UP chief minister in Mumbai on 1 December.

Pictures of Akshay arriving at Mumbai’s Trident Hotel had earlier been shared online. The CM landed in Mumbai and went directly to the hotel, where he will be stationed for the duration of his stay.

According to a Mumbai Mirror report, the team of Ram Setu wants to present an accurate depiction in their film.

The report quoted a source that said, “Set in today's India, it's the journey of the protagonist to discover if the Ram Setu is a myth or reality. Since Akshay and his director, Abhishek Sharma, want to present an accurate depiction, they want to shoot in real locations in the state, including Ayodhya, the birthplace of Lord Ram.”

The team will reportedly start working on the project by mid-2021.