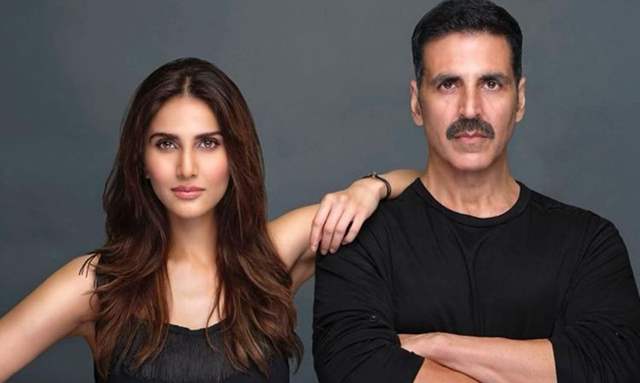 While the fans are still rejoicing with the return of their favourite superstar Akshay Kumar's film 'Bell Bottom' back to the theatres, another novel announcement from the makers will now offer an additional dimension of excitement.

Pooja Entertainment's espionage thriller will be released in 2D as well as 3D formats.

The Khiladi Kumar is all set to entertain in a grand manner as theatres open up across the country. Akshay had previously announced that ‘Bell Bottom’ will release on August 19 and adding to the excitement, he has revealed that  ‘Bell Bottom’ will be released in 3D format too.

The sneak peeks into the film, the teasers, the foot-tapping music and the star cast have already made a huge impression on fans and now this announcement will make them even more impatient to catch the film in the theatres.

The sheer impact of the film's release date announcement has had the inner trade circles and distributors talking.

+ 2
1 months ago Bollywood people are highly selfish!!! No one should go and watch this movie. GTH

+ 4
1 months ago With Covid19 cases still high, health and safety is more important