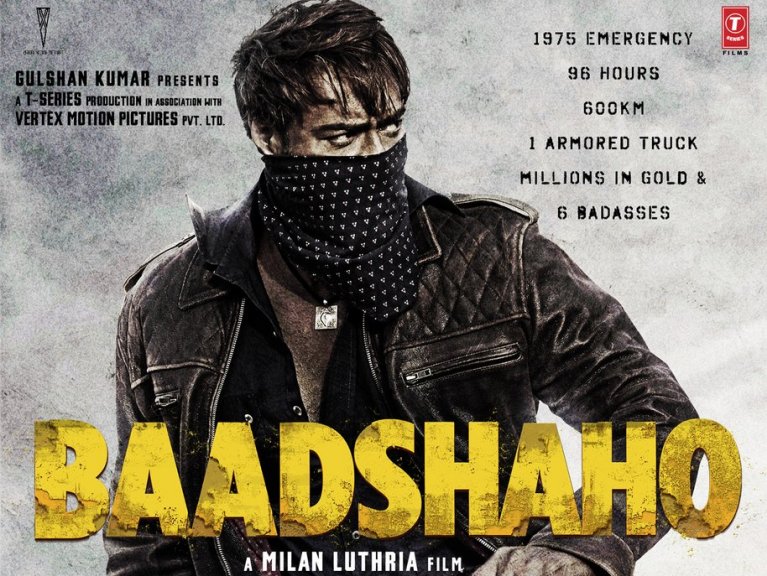 Actors Ajay Devgn and Emraan Hashmi on Monday released the first look of their upcoming film "Baadshaho" on social media.

"1975 Emergency... 96 hours... 600 km... 1 armoured truck... Millions in gold and 6 Bada***s. 'Baadshaho' sandstorm is coming," they captioned an image, which features an action scene with a car flying while a truck is trying to make its way through a spot that seems to be bombed.


With "Baadshaho", the team of Ajay, Emraan and filmmaker Milan Luthria will return to the silver screen after a gap of seven years since the release of "Once Upon a Time in Mumbaai".

Besides them, the film also features Esha Gupta and Ileana D'Cruz.

"Finally! A film by an absolute b****s director that is incredibly special to me 'Baadshaho' sandstorm is coming," Ileana tweeted.

Luthria also took to the micro-blogging site and wrote: "Here it comes guys... The moment we've all been waiting for. 'Baadshaho' sandstorm is coming. Wish us luck."

The action thriller is slated for release on September 1.

Sanjay Dutt Admitted In Hospital Due To Breathing Problems; ...
55 minutes ago