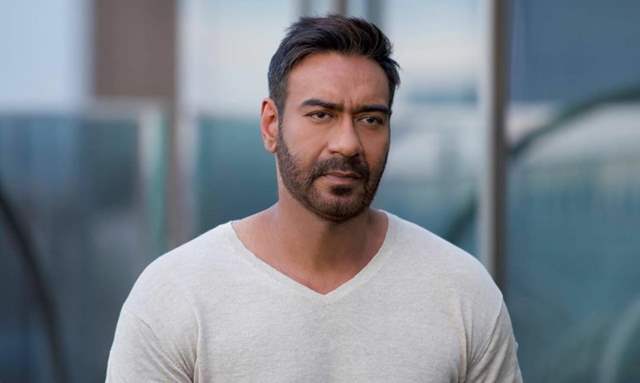 Earlier this week, Mumbai came to a standstill after Cyclone Tauktae battered the city with torrential rains and gusty winds. The windstorm reportedly affected the sets of several films which were erected in Mumbai and have been standing unused following the suspension of shoots.

While the cyclone reportedly rammed the sets of Salman Khan and Katrina Kaif starrer Tiger 3, causing property damage, a recent ETimes report suggests that the windstrom did not spare Ajay Devgn's 'Maidaan' sets as well. The upcoming film’s set was erected on the outskirts of Mumbai.

Luckily, there have been no casualties on the sets, however, the set on which Devgn was supposed to shoot a large part of the remaining film stands badly damaged, nearly to the point of complete destruction.

The final schedule of the sports drama, being directed by Amit Ravindranath Sharma, was yet to be shot and the damage to the set has created another problem for the makers.

A source said, "There were about 40 people on the set when the cyclone hit the 'Maidaan' set- the guards and the curators of the football ground which largely comprises the set. They tried their best to save as much as they could but their efforts proved almost totally futile."

Concerns have flagged for Sanjay Leela Bhansali's Gangubai Kathiawadi sets as well after it averted Serious damage due to the cyclone. The sets were reportedly covered with sheets.

On the other hand, sets of Salman Khan-starrer Tiger 3 in Goregaon was partially destroyed by gusty winds and torrential rains. A set replicating Dubai had been erected at SRPF Ground in Mumbai's Goregaon for the YRF film.

Meanwhile, the television industry has suffered another blow due to the cyclone - all shoots along the western coast have been stalled.

FWICE president BN Tiwari informed that the shoots of web shows and serials in Daman, Diu, Umbergaon and Gujarat have been halted and the cyclone has made the condition worse for the entertainment industry.

He also added that it will be a week before the damage can be taken stock of, and shoots can resume.