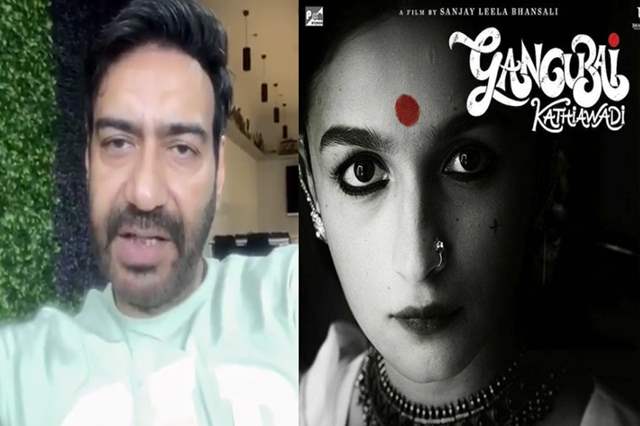 Amongst one of the most-awaited films of 2020 and also amongst the films to be hit hard by the pandemic causing a delay has been the Alia Bhatt led Gangubai Kathiawadi. The film, directed by Sanjay Leela Bhansali was going to witness a mid-2020 release but kept getting delayed owing to the pandemic.

The restart of the film's shoot has happened for a while now and Bhatt has been shooting for quite some time.

While we obviously know Bhatt leads the film, we also know that the film has a special role for superstar Ajay Devgn. In case you didn't know, Devgn is going to be a part of the film and in fact, recent reports suggest that he will join the cast and crew for shooting from February end. Devgn will be seen playing the role of Karim Lala.

Apparently, Devgn has allocated 10-12 days for the shoot and has only just managed to squeeze the shoot for this film as he has a busy shoot schedule for Maidaan up and rolling soon.

We certainly cannot wait to see Devgn and Bhatt on-screen together soon.