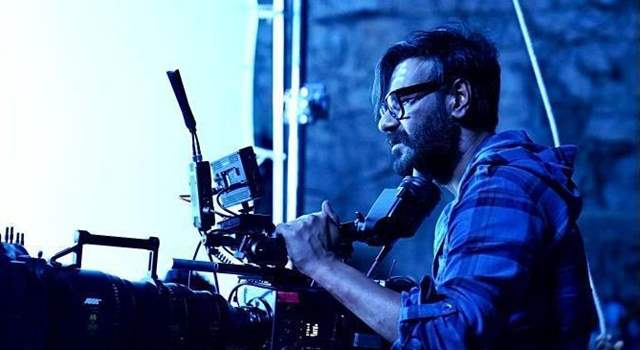 Bollywood actor Ajay Devgn stunned all with his brilliant directional skills seen in his latest film Runway 34. The actor received praises for the same from all quarters which further inspired him to continue exploring with the director's hat.

The actor will once again be in charge of his upcoming movie, "Bholaa," which also stars Tabu. This will be the Singham star's fourth film as a director following "U, Me Aur Hum," "Shivaay," and "Runway 34".

When Ajay was quizzed about how he managed to shoot for the film st the release of Runway 34, he said,

"Well, the preparation was done earlier on. It was just a question of getting behind the camera again and saying the three magic words-Lights, camera, action!”

It's interesting to note that Dharmendra Sharma, Ajay Devgn's cousin, was the director when the movie was revealed by the actor in April. But it appears like Ajay is now in command of this film.

‘Bholaa’ is the Hindi adaptation of the Tamil blockbuster movie ‘Kaithi’. Ajay Devgn is set to wrap the principal photography of ‘Bholaa’ by August 20. The film is slated to hit the big screen on March 30, 2023.

Meanwhile apart from Bholaa, Devgn also has 'Drishyam 2', 'Maidaan' and 'Thank God' in the pipeline.

+ 14
2 months ago Another remake of South movie 🙄 Where is the creativity by bollywood?