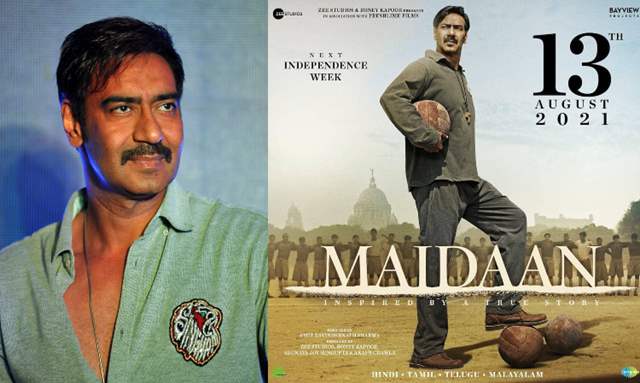 Ajay Devgn starrer Maidaan, a film which celebrates the biggest sport in the world -Football, has got a new release date. A story of change and self-belief, Maidaan will release the next Independence Day week, 13th August 2021. The film also stars Priyamani, Gajraj Rao and the well known Bengali actor Rudranil Ghosh.

Produced by Zee Studios, Boney Kapoor, Akash Chawla, and Arunava Joy Sengupta, screenplay and dialogues are written by Saiwyn Quadras and Ritesh Shah respectively. The film is set to release on 13 August 2021.

Ajay Devgn took to his Instagram handle to make the announcement and even shared a poster of the upcoming film. His caption read: "2021 Independence week. An untold story that will make every Indian proud. 13th August mark the date. #Maidaan2021"

Hina Khan shares that she felt like a baby working in Naagin ...
5 minutes ago

Varun Dhawan and Kiara Advani all set to star opposite each ...
15 minutes ago