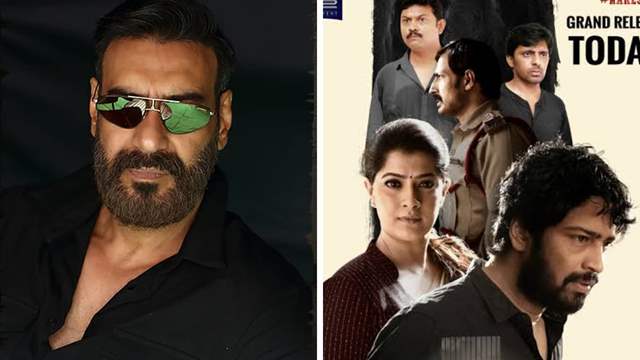 'Naandhi' is a crime courtroom drama which received immense critical acclaim and was also a commercial success.

Making the announcement, Ajay wrote, ‘Time to share an important story with all! #DilRajuProductions and @adffilms are all set to produce the Hindi remake of the Telugu hit, Naandhi!

The producers are currently in the process of locking the director and the starcast.

The original film is about the life of a man named Surya Prakash who is an under-trial prisoner, falsely accused of murder. He is awaiting his judgement. ‘Naandhi’ starred Allari Naresh and Varalaxmi Sarathkumar, also featuring Priyadarshi, Harish Uthaman, Vinay Varma, and Praveen in supporting roles.