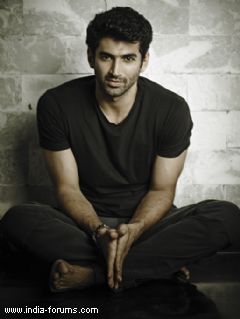 Aditya Roy Kapur, an avid follower of football, has been following the FIFA World Cup religiously, and even inviting his friends over for viewing parties.

The ongoing tournament has produced some exciting, unexpected results, with several countries that were considered underdogs putting in good performances. The likes of Colombia and Costa Rica have done so well that people have been betting on them winning too.

Ask Aditya to analyse the performances so far and he says, "Argentina and Brazil need to stop relying on their star players, Lionel Messi and Neymar respectively.

In the last match, Germany missed their centreback, Mats Hummels, and Mesut zil needs to improve. Otherwise, they have been perfect." Aditya loves playing football, and he recently watched a few games live in Madrid, Spain.

He is a huge football fanatic and has been absolutely engulfed with the FIFA mania.

While Spain, and even England, stunned fans by not making it to the round of 16, the actor is impressed by the smaller teams that have managed the feat. "Colombia and Costa Rica have got here because of their unity and spirit.

They work for each other, probably because they don't have established players. There are no big egos in the dressing room, so they play as a unit," he says.