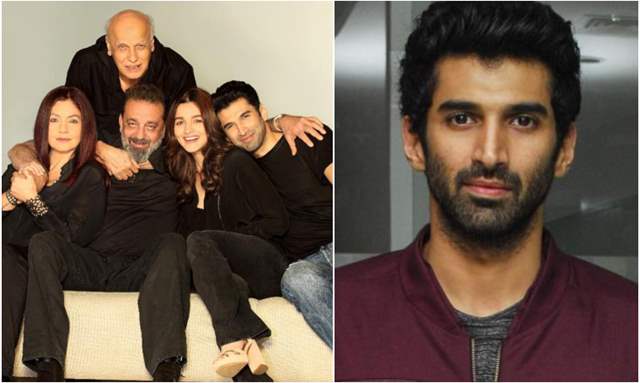 The Bhatt clan has been receiving too much flak for the reports that have been circulating in the news. Many actors have taken a dig at the family post Sushant Singh Rajput’s sad demise.

Now, another report suggests that even Aditya Roy Kapur is displeased with the Bhatts. The actor is gearing up for his upcoming film Sadak 2 which stars Sanjay Dutt, Alia Bhatt, Pooja Bhatt and is even directed and produced by Bhatt.

A recent Mid-Day report stated that the actor feels he is being sidelined from Sadak 2. During a recent interaction for the film, his name was not even mentioned. This might have led him into thinking he is being made out to be a supporting actor in the drama, which drops digitally. If we are to go by the rumors he has already voiced his displeasure to director Mahesh Bhatt.

The upcoming film is a remake of 1991 film Sadak, while Dutt and Pooja were already a part of the first outing now Aditya feels the focus is solely on Alia. The report also mentioned that he might have walked out of Mohit Suri's Ek Villain 2 as he felt co-star John Abraham would get more mileage.

Earlier this month, a complaint was filed on Thursday against filmmakers Mahesh Bhatt and Mukesh Bhatt, along with actress Alia Bhatt, who have been accused of ‘hurting Hindu sentiments’ through a poster of their upcoming venture Sadak 2.

Ayushmann Khurrana Reacts to Being Voted as One of the Most ...
24 minutes ago