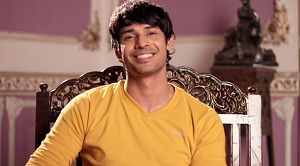 Zama is bringing the show under the banner Qissago Telefilms.

After speculations about many names playing lead in the show, we hear that Abhishek Sharma has been signed to play the male lead.

Abhishek was seen in shows like Mere Angne Mein and Suvreen Guggal. Viewers will also see talented actress Garima Shrivastav as Abhishek mother in the show, who is known for Gustakh Dil and Ishq Ka Rang Safed.

As per previous reports the soap will have newbie Bhumika Gurung playing the female lead and other actors who are part of the series include Indraneil Sengupta, Rita Bhaduri, Rishi Khurana and Vijay Kumar.

The show has gone on floor and will launch in the month of August or September this year.