It is a boon to be unconditionally loved once in your life, but it is a miracle to be loved with the same selflessness twice. Step relations have a diametrical appearance, clashing with the cooked falsehood of society to an unknown better reality. Bollywood movies revolving around a parent-child relationship are numerous, and even more so are those which explore the tender relation of a step-parent-child. Viewed from all possible angles, the dynamics of relationships which are not bound by blood but by lawful relationships has always been a favorite subject of our creative directors. On Step Family Day, we are going to talk about this second loving heart, commonly known as step-mother/ step-father in a person's life. Lets see how this one subject is differently dealt with over the years in our films. 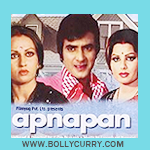 An old gem starring Sulakhsana Pandit, Jeetendra and Reena Roy, Apnapan is a riveting take on the step-parent-child relationship. Generally, the birth mother/father are dead in movies revolving around a step-relationship, but not here. Here the couple was divorced and the birth mother of Jeetendra's son was very much alive and eventually very much around. She was truly repenting, genuinely loving and really interested in having her son back in her life. But the bond the small kid shared with his kind and loving step-mother usurped any possibility of his birth mother having a place in his life.
Masoom 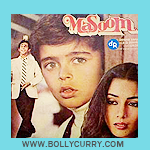 A hard hitting take on a step-mother's attitude towards her step-child, Masoom was a cult movie of its time and classic still remembered with awe. Thankfully missing the usual sugary love and cliched cruel hatred, a step-relationship was realistically portrayed and brilliantly enacted in this movie. The nuances of such a complicated bond were very well depicted. In fact Shabana Azmi and child-artist Jugal Hansraj outdid themselves. Both helpless and bitter at being caught in an unwanted relationship of mother-son, shadowed by the said mother's husband's infidelity, they brought tears to many a eyes. 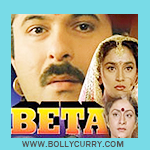 If there was a masala movie made on step-parent-child relationship ever in Bollywood, then it was Beta. Aruna Irani and Anil Kapoor starrer, this film had all the ingredients of a blockbuster. From a manipulative step-mother to a dutiful step-son, from a cunning step-mother-in-law to a sharp-daughter-in-law, from a helpless henpecked husband to a good for nothing real son. Planning, plotting, property, you name it, this super hit drama had it. No wonder it garnered the kind of success it did with masses. 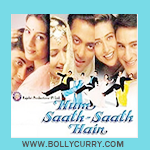 A modern day Ramayan with an impressive star cast, this Suraj Barjatya blockbuster deals with how society views a step-parent-child relationship. It does not matter to gossip mongers if the step-mother loves her step-child, or that the step-child worships his step-mother, the opinionated society does not shy away from pointing fingers and in turn ruining what was a very beautiful relationship between a mother and her step-son. Reema Lagoo and Mohnish Behl did full justice to their roles, with the rest of the actors enacting their support with brilliance.

My Name Is Khan 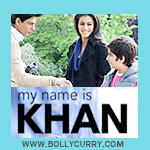 A lot has been said and shown about step mothers in Bollywood, but this unique film dealt with the love of a step-father towards his step-son. A son who was killed in post 9/11 hate crime for the simple reason that he took his Muslim step-father's last name, My Name Is Khan may have been marketed and dealt as a socially religious film but this beautiful relationship was the core of the movie's story. The step-father, played by ever talented Shah Rukh Khan takes a life altering journey to clear his name and bring justice to his dead son in front of the USA authorities and the world at large was soul searching and melancholic. 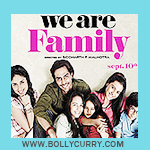 The official Bollywood remake of Julia Roberts and Susan Sarandon starrer Hollywood flick, Stepmom, this movie explores the dynamics where step-children have the power and inclination to reject their step-mother, rather than it being the other way round like it generally is. With their real mother fighting for life against a terminal illness, not appreciative of a step-mother's love, willful kids refuse to let their father's second wife love them. How these dynamics change and how the two women in these kids lives, portrayed by Kareena Kapoor Khan and Kajol Devgn come to an understanding, is all what this film is about.

So dear friends, blood is not thicker in every case. A loving heart and genuine intentions can go as far, if not more. A step relationship does not have to be always cruel or always extremely loving. A step-relationship can be as real as a blood relationship. There can be tears and smiles both in it, such is a beauty of it. Do let us know about your views on this reverent relationship in the comment box below. Signing off on that note, we'll see you all soon with Bollywood's another peculiar take on emotions.
Writer: Anamika GK
Editor(s): Nabila S.& Hershi J.
Graphic: Nabila S.