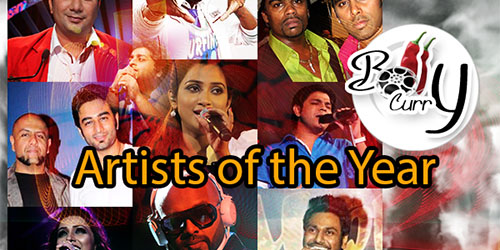 The year 2014 has been full of high-ups and low-downs for the Bollywood industry. The audiences were not only treated with some movies that hit like a wave of fresh air, but also to movies that didn't manage to live up to the buzz that they'd created. The success rate of movies kept aside, the music and choreography of the movies saw some performances from artists that scored nothing less than a homerun - even from films that couldn't stir a soul to save themselves. BollyCurry takes you for a ride to showcase the outstanding artists for the year 2014. 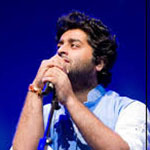 To say that the 'Artiste of the Year' award goes to Arijit Singh would be an understatement. The man has lent his voice to a song in almost every hit movie, along with songs that did well despite the movie tanking at the box office. Right from the start of the year with "Love Me Thoda Aur" from Yaariyan to "Saanson Ko" and "Mareez-E-Ishq" from Zid, he's lent his voice to almost every song that could possibly enchant us. By all fair and square means, this was his year. A selected few from the large list of his songs in 2014 are "Jiya" from Gunday, "Hungama Ho Gaya" from Queen, "Mast Magan" from 2 States, "Humdard" from Ek Villain, "Samjhawan" from Humpty Sharma Ki Dulhania, "Sawan Aaya Hai" from Creature 3D and the list goes on.
Benny Dayal - Playback Singer 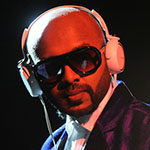 It would be hard to miss Benny Dayal, given the fact that his songs topped the charts for weeks. His vivacious tone is full of a fun-loving element, that makes us want to shake a leg at all times. Dayal is attributed for those songs that kept us grooving at the parties throughout 2014. Be it "ABCD" from Yaariyan, "Shake It Like Shammi" from Hasee Toh Phasee, "Locha-e-Ulfat" from 2 States, "Hum Naa Rahein Hum" from Creature 3D or "Uff" and "Bang Bang" from Bang Bang, Dayal nailed them all!
Shreya Ghoshal - Playback Singer 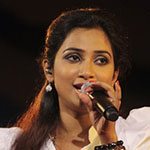 A veteran singer of the industry, Ghoshal's soft and melodious voice has managed to win over hearts since her foray into the industry years back. This year proved to be yet another of her glorious ones, with a long list of chart-topping hits it her credit. Her 2014 playlist includes "Tere Naina" from Jai Ho, "Drama Queen" from Hasee Toh Phasee, "Raat Bhai" from Heropanti, "Jashn" from Bobby Jasoos, "Samjawan" from Humpty Sharma Ki Dulhania, "Hangover" from Kick, "Mannat", "Rangreli" from Daawat-e-Ishq and "Manwa Laage" from Happy New Year.
Neeti Mohan - Playback Singer 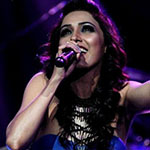 Neeti Mohan made her presence felt with the sheer amount of songs that fell in her bag this year. It didn't surprise us when she managed to deliver all of them with equal vigour and zeal. Her year kick-started with the chartbuster "Tune Maari Entriyaan" from Gunday and ended with three different songs from Action Jackson, along with their various versions. She had a bright and colourful record for the year with songs as good as "Galat Baat Hai" from Main Tera Hero, "Dard Dil Ke" Remix and Reprise version from The Xpose, "Caller Tune" from Humshakals, "Tu Hi Tu" from Kick and the title track of Bang Bang.
Bosco-Caesar - Choreographers 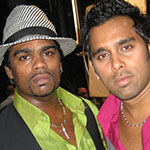 The choreographer duo of Bosco-Caesar has brought about an element of effervescence with the style of their dancing. The two have presented to the industry some of the songs that have had the best dance moves and have been instrumental in making people groove as they move. This past year, they choreographed for some notable movies - Gunday, Main Tera Hero, I and Bang Bang.
Remo D'Souza - Choreographer 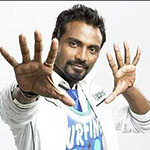 The famous choreographer-turned-director has been in news lately for all the right reasons. D'Souza's techniques of dancing are a craze amongst the youngsters these days. He is one of the top choreographers at the moment with people swooning with every new jig and move from this creative man. A few of his works for the year have been for selected songs in hit films including the likes of Dedh Ishqiya, 2 States, Jai Ho and Entertainment.
Ahmed Khan - Choreographer 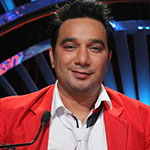 Ahmed Khan is the guy we love to watch behind-the-screen, because that's where the real magic inculcates from. He is another distinguished choreographer who brings life to the songs with the simplest of the swing of his legs. A list of his enthralling works for this year includes Heropanti, Humshakals, Humpty Sharma Ki Dulhania, Kick and The Shaukeens. One also saw his moves in the romantic number of the year - "Meherbaan" from Bang Bang.
Ankit Tiwari - Music Director 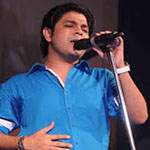 Ankit Tiwari took the whole industry by storm when he garnered widespread recognition with Aashiqui 2 last year. The album was undoubtedly the best musical that year, which was proven with the amount of accolades it won. It wasn't just beginner's charm for Tiwari, as him being a powerhouse of potential was depicted through his work for the year 2014 as well, namely "Tequila Wakila" from Samrat & Co., "Galliyan" from Ek Villain, "Kuch Toh Hua Hai" from Singham Returns, "Punjabi Mast" and "Dhoom Dhaam" from Action Jackson and "Dil Darbadar" for PK.
Mithoon - Music Director 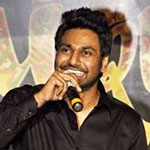 Mithoon is a man who's made it big step by step. He is a less popular face among people, but that can be attributed to his lack of social interaction. On a professional scale, he earns brownie points along with a full score from all of those who've heard his compositions. A fine example of that would be the biggest hit of last year - "Tum Hi Ho" from Aashiqui 2, which was a rage amongst one and all. He began the year in full swing with "Baarish" and "Mujhe Ishq Se" from Yaariyan, "Shukr Tera" and "O Humnava" from Samrat & Co., Traffic, "Hai Dil Ye Mera" from Hate Story 2, and ended it with nothing less than "Banjara", "Zaroorat" and "Humdard" from Ek Villain and "Hum Na Rahein Hum", "Naam-E-Wafa", "Ik Pal Yahi" and "Mehboob Ki" from Creature 3D.
Vishal-Shekhar - Music Directors 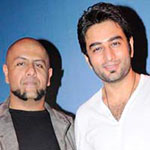 There is no better way than to end the list than with the deadly duo of Vishal and Shekhar. The two stand for music that lives in the heart of the upcoming generations. Be it a romantic number or a party mix, no one does it as smoothly as them. They have a knack for striking the right chord at the right moment, leaving the listeners in for a gala time. They managed to live up to our expectations with some of the best albums of the year: Hasee Toh Phasee, Bang Bang and Happy New Year.
With this our list comes to an end, but thankfully, the stupendous work of these artists never comes to an end. We are already geared up to see them besotting and dazzling us with something fresh and incredible in 2015. Along with wishing you a Happy New Year and heartiest greetings for the year to come, we leave you to pen down the people who managed to keep you tied up to their beats, and those you look forward to.
Writer: Pooja B.
Editors: Ritchelle C. and Gunia K.
Graphics: Komal P.