This week BollyCurry brings to you the top 10 hit movies of 2013 as per box office earnings. These movies were a definite bang for your buck this year and raked in quite a lot at the BO. In ascending order of BO collections, the movies that we all enjoyed watching are as follows: 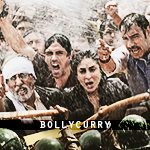 The movie that begins this list is Prakash Jha's Satyagraha. Boasting a powerful cast of Amitabh Bachchan, Manoj Bajpai, Ajay Devgn, Kareena Kapoor, Amrita Rao, and Arjun Rampal, Satyagraha was a political drama film about an idealistic ex-principal (Amitabh Bachchan) who fights against the system and especially a minister (Manoj Bajpai) to get his daughter-in-law's (Amrita Rao) compensation. His son (Ajay Devgn) helps him in his quest, along with a journalist (Kareena Kapoor) and a young politician (Arjun Rampal). The movie garnered around 62 crores in India. 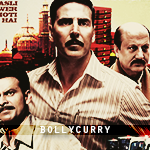 Next up is the periodic thriller heist film, Special 26 or Special Chabbis. Its star cast included Akshay Kumar, Anupam Kher, and Manoj Bajpai along with Jimmy Shergill, Kajal Agarwal, Rajesh Sharma, Kishor Kadam, etc. Based on the real-life heist of the Opera House branch of Tribhovandas Bhimji Zaveri in Mumbai on 19th March 1987, Special 26 made it to the 9th place of the top 10 movies of 2013. This movie made around 67 crores in India. 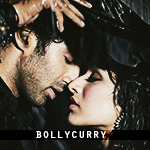 When we're talking about hits, how can we forget this romantic movie? Undoubtedly one of the most romantic movies of this year, Aashiqui 2, starring Shraddha Kapoor and Aditya Roy Kapur, is 8th on our list. A movie about the turbulent relationship between the two main characters, this movie's songs stayed on the top of the charts for many weeks, especially "Sun Raha Hai (Male)" and "Tum Hi Ho". It also brought Shraddha and Aditya instant fame. It made around 78 crores in India at the box office. 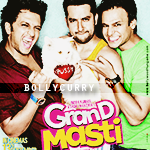 Grand Masti, the first Indian adult comedy to enter the 100 crore club, stars the original Masti trio: Riteish Deshmukh, Vivek Oberoi and Aftab Shivdasani. The 3 heroes of the movie go back to college for a reunion and end up in a laughter riot of sorts when they realize that college life has changed drastically due to an overbearing principal. While the movie was not much appreciated, it still did well at the box office and made about 102 crores at the box office overall, though some say that it actually made less than 100 crores and in fact only made 92 crores in India. 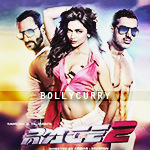 The year started with a bang with Abbas Mastan's Race 2 starring Saif Ali Khan, John Abraham, Deepika Padukone, Jacqueline Fernandes, Ameesha Patel, and Anil Kapoor. The movie was similar to the first with deceit, treachery, back-stabbing, planning, and plotting. It made around 105 crores in India; however, it was not appreciated by critics though its songs got very high ratings by all. 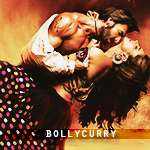 In 5th place is Sanjay Leela Bhansali's Goliyon Ki Rasleela Ram-Leela starring Ranveer Singh, Deepika Padukone, Supriya Pathak, Richa Chadda, and Sharad Kelkar among others. The intense chemistry, the larger than life sets, the foot-tapping music and the crisp storyline resulted in the movie entering the 100 crores club in just a few days after its release. Latest figures say that the movie earned 104 crores so far. 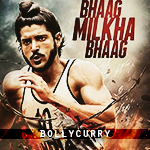 Bhaag Milkha Bhaag is a biographical movie based on the life of the Olympian runner Milkha Singh. It was directed by Rakeysh Omprakash Mehra and stars Farhan Akhtar and Sonam Kapoor in the lead roles. The movie got exceptional reviews and a few states even declared the movie tax free. It made it to the 100 crores club when figures showed that it made around 109 crores in India. 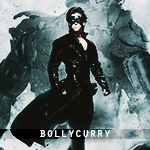 The 3rd place movie features none other than the desi superhero Krrish, in Krrish 3. Starring Hrithik Roshan, Priyanka Chopra, Kangana Ranaut, and Vivek Oberoi in pivotal roles and directed by Rakesh Roshan, Krrish 3 received positive to mixed responses by the critics. While some claim it should be on top of the list, Taran Adarsh and other box office reviewers place the total collections of Krrish 3 to be about 180 crores in India. 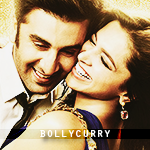 A romantic comedy starring Ranbir Kapoor, Deepika Padukone, Aditya Roy Kapur, and Kalki Koechlin, Yeh Jawani Hai Deewani was a coming of age movie. It was romantic, it was comic, and it had an "item" number by Madhuri Dixit. The songs were well appreciated and the movie was liked by all, catapulting it into the 100 crores club. It earned about 189 crores in India. 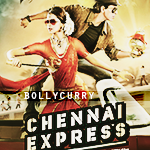 Finally, we reach the top grossing movie of the year. No surprises here! The topper of the list is Chennai Express! It was directed by Rohit Shetty and starred Shah Rukh Khan and Deepika Padukone. It was declared a blockbuster and managed to break many records during its strong run at the box office. While some viewers and critics didn't like the movie, it still did really well and made approximately 208 crores in India.

Recently released Dhoom 3 starring Aamir Khan, Abhishek Bachchan, Uday Chopra and Katrina Kaif has opened up to a decent amount of collections. The movie is said to have broken a number of records, including the highest first week collections. Til date, the movie has collected nearly 188 crores in India within its first week of release and is expected to surpass Chennai Express.


2013 has been a good year for Bollywood with a lot of exceptional movies, powerful performances, records broken, and stars discovered and rediscovered. If the year started with a bang, then it's definitely going to end with a Dhoom. As we wrap up the year do tell us what your favorite movie was and whether any of these movies make your top 10 list.

Salman Khan's Official Statement about his Connection with ...
19 minutes ago

Naagin 5: Veer to return to destroy Bani and Jay?
59 minutes ago