And, she's all smiles!

Jennifer Winget is fondly remembered for playing Sneha Bajaj in the hit Star Plus show, Kasautii Zindagii Kay, and now, she has made a name for herself with an array of shows that no one would ever forget her for.
With Ekta Kapoor bringing in Kasautii Zindagii Kay reboot, Jennifer was asked about how does she feel and what would she like to say about that. To this, Jennifer said, "I wish the team all the very best, and obviously I am very happy about it coming back. I look forward to the reboot version of Kasautii... and hope that it does well."
Kasautii... reboot will star Erica Fernandes and Parth Samthaan in the lead roles, while Hina Khan is said to be in talks for the iconic role of Komolika.
Only recently, Shweta Tiwari too was all praises for the team and said that she will ensure that this time around she watches it because there was no time to the last time.
Are you excited for Kasautii Zindagii Kay reboot? Drop in your comments below.
0 Likes this
REPLY QUOTE

Colors' popular show Bepannaah may have been short-lived over its runtime, but if there was one thing that the show certainly managed to achieve then that was immense love and popularity.
The leading couple of Harshad Chopda and Jennifer Winget aka Aditya and Zoya went on to become a sensation and before one knew, they garnered a barrage of fans too.
However, apart from the leading guys, the characters of Noor and Arjun were also really adored and their love angle went on to become as much of intrigue as the other. Played by Aanchal Goswami and Shehzad Das respectively, the actors, even though playing supporting roles managed to create a huge impact on the fans.
But, the chapter of Bepannaah has ended and we know that some fans just can't get over it even today, isn't it? Well, guess what? You are not alone. Aanchal also misses her character of Noor a lot and she went on to post about it- 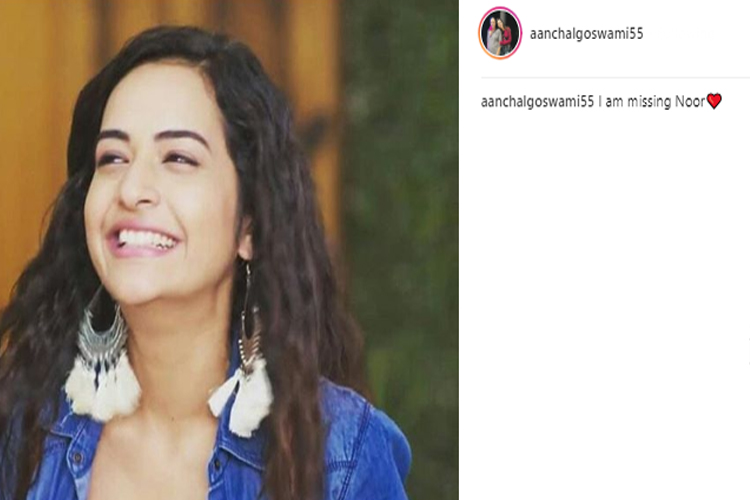 We cannot relate more, can we?
0 Likes this
REPLY QUOTE

Dill Mill Gaye: Popular Actors You Didn’t Know Were Part of it!

exclusive
Exclusive Ohanna Shivanand on murder accusation: This matter is sensitive and ...

Breaking
Breaking Sukriti Kandpal to be part of Peninsula Pictures’ supernatural on ...

CONFIRMED! After separation, This Yeh Hai Mohabbatein actor & wife are ...

Karan Wahi And Sehban Azim's Upcoming Short Film | Have You Met You | ...

Never Have I Ever with Karan Wahi, Jay Soni, Mohit-Aditi and Jay ...

#FeatureSpecial : Show' reunion that we would like to watch

Hit TV show's fame who are vanished from daily soaps!

Which youth based show you miss the most?