Welcome To The Article Archives Section Of Ammaji Ki Gali
Here You Will Articles Related To The Show..
Refrain From Posting Comments
0 Likes this 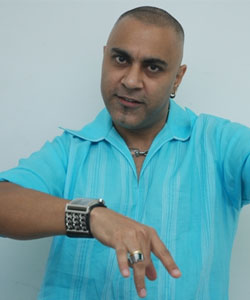 Ammaji Ki Galli has a surprise element for its viewers as the rapper, singer & acclaimed actor Baba Sehgal has been roped in to judge the grand finale of Amritsar Idol competition. Amritsar Idol finalists are gearing up with their long hours of practice sessions and Parminder (Rakshanda Khan) and gang too are busy preparing for the grand finale.

A source says about the track, "In the show women, from Ammaji Ki Galli participate in Shaan -E -Amritsar Idol and reach the finale. With just a few finalists remaining to win the title, Parminder and Group gets a setback as their group member Kalawati falls ill. Parminder is in a fix as they have very little time to prepare. They then come up with their own rendition of a Punjabi folk song in a rock genre but, are unable to impress the audiences with their performance. Finally, Ammaji aka Farida Jalal disguises as Kalawati and saves the day by singing the rap version of the track."

Judge Baba Sehgal said that, "I am extremely excited to be a part of this show. It's exciting to be getting an offer to play your real self on the show and I am delighted to judge the Amritsar Idol. It's great fun to team up with Farida and Rakshanda Khan and I am sure audiences will like this track."

Mohit Malhotra and Priyal Gor together?

The buzz is that Mohit Malhotra and Priyal Gor are dating each other... 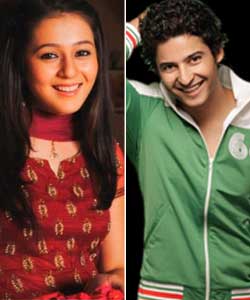 It has directly come from our Khabri that Mohit Malhotra aka Karthik of Sony TV's Bade Acche Laggte Hai is seeing the bubbly and cheerful Priyal Gor who is presently seen in SAB TV'sAmmaji Ki Galli.

A source says. "Mohit and Priyal have been dating each other, but have been rubbishing it saying that the news is just a rumour and they both are just good friends."

We contacted Priyal Gor and she said, "There is nothing going on between us and we are just good friends."

We also contacted Mohit Malhotra and got a similar answer, "I am very single and not dating anyone. Priyal is a good friend of mine and there is nothing more than that."

It has already announced that Farida Jalal, Rakshanda Khan, Abir Goswami, Ziyah and Zaynah Vastani will essay the prominent roles in the upcoming show Ammaji Ki Galli. Now buzz is that the young actor Krish Parekh has been included in the show where he will be seen in a big role.

The promo of Ammaji Ki Galli has already been telecasted on small screen. The show will come at 7:30 PM from 20th June.

Telly buzz is that they will be seen in SAB TV's and Contiloe Films' upcoming comedy show Ammaji Ki Galli. It will be the first time that both sisters will work together in a show. A little birdie told that the upcoming show is set on Delhibackground and will showcase the lifestyle of people in the lane called Ammaji Ki Galli.

Our sources contacted the twins' mother and she confirmed that Ziyah and Zaynah are going to play twins role in the show, but she is still unaware of full story of the show. It is heard that Rakshanda Khan, Upasana Shukla and veteran actress Farida Jalal will also be seen in the show.

The show is expected to go on floor once the cast is finalized.

RIP Abir...Telly celebs on the sad demise of Abir Goswami!

Imran Khan back in I love My India!

Priyal Gor, the main lead in Shrishti Arya's next ?