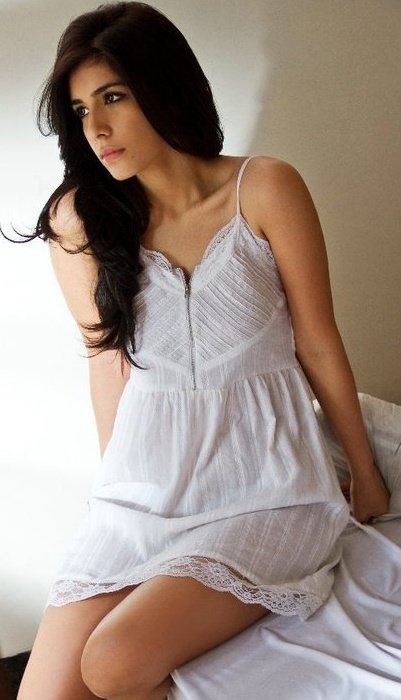 It seems to be the season of fresh faces and a refreshing entry to B-block is the beautiful Ridhima Sud. Making her debut in Zoya Akhtar's 'Dil Dhadakne Do', Ridhima Sud will be seen as part of the lead ensemble which includes Anil Kapoor, Shefali Shah, Farhan Akhtar, Anushka Sharma, Ranveer Singh and Priyanka Chopra.

While many would be fortunate to land an A-list project for a debut, Ridhima seems to have struck it triple lucky to have A-list stars along with her and an opportunity to work with director Zoya Akhtar.

Talking about the movie, Ridhima says, "I am really excited for the opportunity to work with some of the biggest names in Bollywood. They are such fine actors and it's a huge honour to work with them at the start of my career."

This may be her big break into Bollywood, but she isn't new to films. Having done some international projects like 'Ballad of Rustom', which made it to the contenders list of the 'Best Picture' category at the 86th Academy awards and 'Kajarya', which was voted by Forbes India as the top film to watch in 2014 along the likes of Anurag Kashyap's 'Bombay Velvet'.

So what took her so long to enter mainstream Bollywood, we wonder. "I was waiting for an exciting project to come along which had the right mix of producer, director, script and actors involved. When Zoya offered me this role, I simply couldn't miss it for anything" says Ridhima excitedly.

Well this sure seems to be a good start and on that note, here's a big welcome to the newest entrant of Bollywood.

Pregnant Anushka Sharma pulls off a Shirshasana, Shocks the Internet