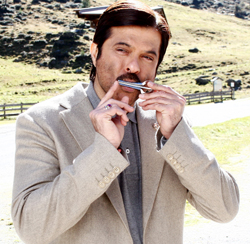 
Yuvvraaj is musical story of a fragmented family of three brothers Deven Yuvvraaj (Salman Khan), Gyanesh (Anil Kapoor) and Danny (Zayed Khan) fighting and playing games with each other to inherit their father's wealth. The story takes a curve when Anushka (Katrina Kaif) comes in to explain them the power of relationships over the power of money by using music to bind the love between them.

* For the last couple of days, Subhash Ghai shot with Zayed Khan's duplicate using back and far away shots for his movie Yuvvraaj. Zayed was stuck in the Bahamas; shooting for Blue and his producers Shree Ahstavinayak did not release him till he completed their schedule


* If initial sound of YUVVRAAJ is any indication, Subhash Ghai, A.R. Rahman and Gulzar have a winner in hands. The teasers of this yet another magnum opus from Ghai are out and so far, reactions from all around have been positive all the way. 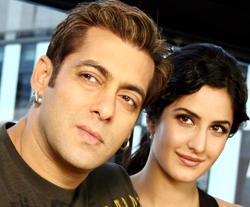 * Though one is yet to hear the words in the song, just the sound of piano playing in the background with some well etched frames featuring the quartet of Anil Kapoor, Salman Khan, Katrina Kaif and Zayed Khan are collectively good enough to promise a lot in the offering. Add to that a lavish look of the film and one can almost sense a TAAL round the corner.


* Years back Ghai and Rahman had created magic with TAAL which finds itself amongst one of the all time great soundtracks. Though Rahman (along with Ismail Darbar) did come up with a very good soundtrack in KISNA as well, it went largely unnoticed. Now with YUVVRAAJ, Ghai is back with Rahman and one expects nothing but magic from the showman and the maestro!

* "Subhash Ghai is very different from other directors. He has really worked hard on the visuals. They look colourful and romantic. It's almost treated in a musical way where it's more realistic than just background music." - A. R. Rahman


* "When I saw the songs of Yuvvraaj on screen, I sent a message to Rahman 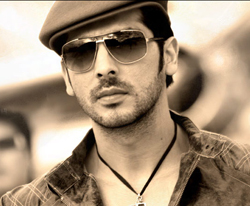 saying that they were magnificent, and this is a very honest opinion of his songs and picturization. Great showman puts up a great show! I think the performances of Subhash's Yuvvraaj will go a long way in carrying this film ahead .It touches your heart." - Gulzar


* "When Rahman and Subhashji come together, they give you the best music. The music of Yuvvraaj is outstanding. Its very soulful, peaceful and carries a sweetness of its own with powerful lyrical value." - Salman Khan


* "I think it's gonna rock, well, its gonna orchestrate... It's going to reach a lot of people... and touch their minds and souls'" - Shridhar (Sound Engineer ' Yuvvraaj)