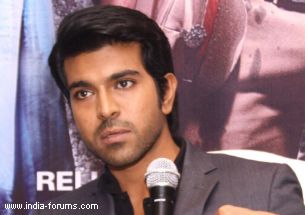 Actor Ram Charan Teja, son of actor-turned-politician Chiranjeevi, and nine others associated with the recently released Telugu film "Yevadu" have been booked for allegedly promoting obscenity in the film's posters here.

K. Nagendra Prasad, a businessman, in his complaint stated that the posters of "Yevadu" were obscene and, therefore, a case has been filed against Ram Charan and other key members, including director Vamsi Paidipally and producer Dil Raju.

He filed the complaint Wednesday.

Police have registered a case under the Indecent Representation of Women (Prohibition) Act, 1986.

The film's director, however, called the charges "baseless".

"We have no clue which poster he is referring to. If he is talking about the one featuring Amy Jackson in a two-piece bikini with Charan, it was from a song. There was absolutely no obscenity in it. These are just baseless allegations," Vamsi told IANS.

"We will handle this legally," he added.

"Yevadu", which released Jan 12, has a beach song featuring Amy in a bikini opposite Ram Charan.