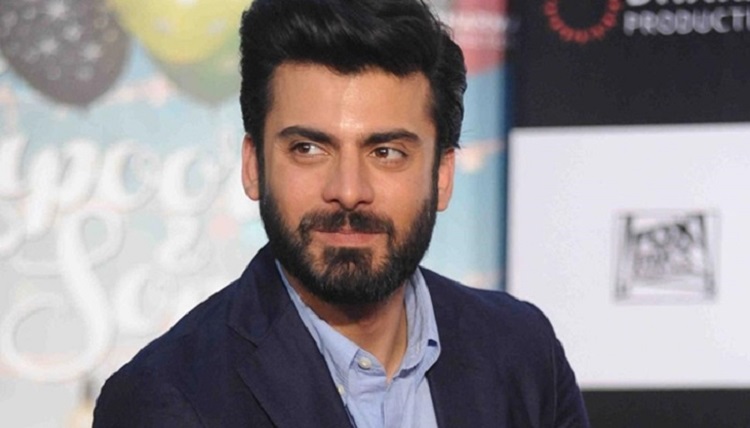 Fawad Khan has been one of the most loved star both in Pakistan as well as India. His flawless performance in "Kapoor & Sons" and "Ae Dil Hai Mushkil" got him accolades. Apart from his acting, his fine looks captivated many hearts. But, sadly, his journey in Bollywood seemed to have ended after that.
As known to all, owing to the tension between the two nations, Fawad lost many projects in the Hindi filmdom. He completely disappeared from India and since then have been only focusing on his home ground projects.
Earlier, there were reports that Karan Johar wanted to cast Fawad opposite Katrina Kaif in one of his films but now we hear that Salman Khan might replace him.
According to recent reports, due to the ban pon Pakistani actors, KJo wants to produce a film with Salman and Katrina. The same film that was to have Fawad will now have Salman. It will be directed by newcomer Aditya Dhar and will be titled 'Raat Baaki.
Keeping Salman in mind, the script is being reworked to make the character more suitable to him. The pre-production work on the film has begun.

because IF has played very well. It designed a fake news and published the article and you people are also giving them a business

iqbalslover 3 years ago i dont understand why r they after Fawad Khan. Saba Qamar is also a Pakistani actress and she worked in Hindi Medium. Recently Sara Khan the Bidai actress also did a Pakistani Drama but only Fawad Khan is not allowed to work in Hindi movies?
India Pak hasnt stopped doing other business then why the artists have to suffer?
PS: In India anyone who has different opinion is told to leave the country and shift to Pakistan and still they say India is a democratic Country. Double Standards

Sanskruthi 3 years ago It's foolish to even imagine that the tension won't affect any other thing bcoz it does! Players of other countries refuse to play in Pakistan, few years back I even saw Zayn Malik being detained on NYC airport for racial check, Pak students are vehemently denied visas for education abroad! When it comes as a country even a newborn there is bound to be affected, everyone has to face the pros and cons and if they don't want this to happen their government should take measures in required direction rather than sending their soldiers over border and adding to the already existing tension, its not anybody's responsibility but their own to establish a good relationship with other nations! Yes ideally it should not affect common public but nothing such as idealism exist practically! There is no need for any country to give opportunities for other nations when there is no profit for them, however mean it sounds its a fact!!!! Has India banned trade with Pak?! The answer is No bcuz it profits them! It's overall India's money if they don't want to spend it on Pakistani actor or movie than they won't it's as simple as that, it's not that we Ban Pakistan... If Fawad wants to stay in India he can, he's welcome if he wants to have a vacation with his family there! It's nothing to be taken personally as nobody has problems with 'Pakistani actors' and this was the same actor who said country comes first others from both countries should understand that too! I was someone who sided that Fawad's part should be kept in Ae dill and Mahira should be allowed in Raees promotion just bcuz they were already paid and it would be a loss to Indian employers removing them at the end of the day! Every Indian employer should understand this and support their own country but if they don't they better learn to side their own country!

kavmuks 3 years ago This is Fake news. Salman replaces Farad.. are you kidding ... ? Will Fawad's movies generate similar business as Salman's in India? Kuchh bhi mat bolo... and he si talented and he can entertaining people of his own country .. no harm.

..-Zaara-.. 3 years ago The day hollwood says they wont cast any indian actors will be the day these same people to cry foul and scream racism. Art should have no boundaries. And if they have such issues with pak actors they should ban EVERYTHING from Pak not just artists.

nmteddy 3 years ago The stupidest thing is that there have Pakistani actors before and after him in Bollywood and yet somehow Fawad is the only one getting all the hate.

iram510 3 years ago By writing such comments one is only degrading themselves...have u heard Hollywood saying we shall not cast bollywood actors? No.
So why are peepz stating such crazy articles/comments...since when was talent restricted within boundaries...fawad is a brill actor...One should focus on that and not where he has hailed from!

xaaana 3 years ago good please don't cast anymore pak actors or actress ..india is flooded with talents please cast them ..i dont know why karan johar is in love with pak actors , looks like he only sees money and glamour he has no patriotism left in him,, if he still wants to cast pak actors he should migrate to pak instead of staying here..we dont need such people in our country!

Sanskruthi 3 years ago These articles must stop... The all banning of Pakistani actors is not any immature descision as few think the roots run deep. It should be nation over actor anytime and everytime, India has got abundant talent use that than mourning over nothing... He'll get good opportunities too its sad that he won't be seen in BW but that's not the end!