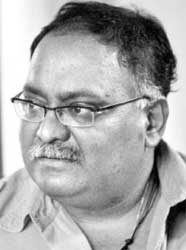 His last film for Yash Raj Films didn't do well at the box office, but the banner has roped in Pradeep Sarkar of 'Parineeta' fame to wield the megaphone for their next venture.

The untitled project will star Deepika Padukone and Neil Nitin Mukesh in lead roles and is slated to go on floor in December, said a statement. It is scheduled for a 2010 release.