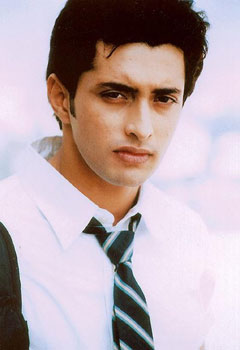 Ekta Kapoor, the Queen of Television who has given the industry some very popular faces is now giving a big break to the cute guy from Bollywood, Yash Pandit. The actor who made a mark for himself in Sunny Deol’s Rok Sako To Roklo has been one of the top contenders for the role of Lakshya in Kyunki Saas Bhi Kabhi Bahu Thi, ever since the chocolate-boy Pulkit Samrat’s controversial exit from the serial. To tell you more, the other actors who were in the run for this role were Jay Bhanushali, Jatin Shah and Priyanshu Chaterjee.

According to our well-placed source, three new characters will be introduced in the serial in the coming episodes and Yash Pandit will most probably be part of it. Though his role is not yet finalized, the buzz is that the actor is all set to grab the big opportunity that Ekta has given him.

So will Yash Pandit be the new face of Lakshya in Kyunki Saas Bhi Kabhi Bahu Thi? Only time will tell!! As for now, we can wish the budding talent all the very best for his television debut with Ekta Kapoor!!

14 years ago i agree she is a good actress!!
Thanks for the article

veena140882 14 years ago yash do look rocking but i will miss pulkit.But any ways yash all the best to u

eshagirl 14 years ago yash is ok but i think he's nothing in front of pulkt
ooowww! i wish pulkit is back soon
pulkit and mouni's chemistry is truly unbeatable
bye
eesha

14 years ago I just wish he's not KN's son...
I never really liked any other character in kyunki then Kn so he can be lakshya

Ekta if you know any better go and get pulkit back. plz.

14 years ago Oh please no.
Pulkit and Mouni's chemistry is unbeatable :(.

lets c how he does as Lakshya