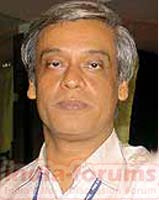 Featured Video
riter-director Sudhir Mishra recently accused Indian film producers of being "illiterate" to understand good subjects. Pointing out the causes behind the alarming number of rip-offs and mundane stories in Bollywood, Sudhir said that the producers have become used to compromising with the content and settling for mediocre scripts.

"Good films require original work, which is sometimes risky to put money in. Our producers are skeptical to fund a script which is different from the rest…. It is such a farce that we shout against piracy when we are operating on rip-offs,"
said Mishra, who has written for films like Jaane Bhi Do Yaaron, Dharavi and Calcutta Mail. The writer-director also pooh-poohed the audiences for accepting bad films and ignoring the worth of the story while swooning over their favorite stars.