Bollywood's boy-next-door Shahid Kapoor, who is working on his first film under the Yash Raj banner, is all praise for his co-star in the film, Rani Mukerji. 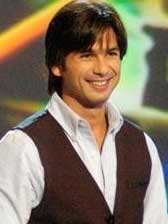 Featured Video
'I'm excited to be working with Rani. I have seen so many performances of hers and actually felt - 'Now, that's a performance!'. So working with an actor who has done such good work can be a great learning experience,' Shahid told IANS in an interview.


The young actor, who has been riding high on his success post hit film 'Jab We Met', is delighted by his association with Yashraj, the most sought after banner of the Hindi film industry.


'Only when you work in a Yashraj film, you understand why people want to get associated with the banner,' said Shahid. The as-yet-untitled film is under production.


'Their way of functioning is so professional. The kind of respect that is given to you, the way you are treated and the way work is done is just a fabulous experience,' he added. He was recently in the capital as the brand ambassador of Pioneer, electronic car audio and home theatre entertainment products.


Starting off his career by working in music videos and advertisements, Shahid made his Bollywood debut as a background dancer in Subhash Ghai's 'Taal'. After four years, he made his debut as a lead actor in 'Ishq Vishk', after which he got associated with films like 'Fida', '36 China Town', 'Chup Chup Ke', 'Vivah' and the highly lauded 'Jab We Met', among others.


Born to acclaimed actors Pankaj Kapoor and Neelima Azeem, Shahid says he is 'fortunate' that he will soon be directed by his father, something that he always wished.


So is he nervous or excited about the project? 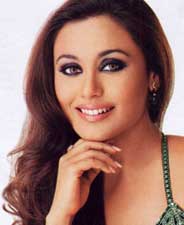 'A little of both. I consider myself very fortunate because I feel my father is the best actor in the industry - not one of the best. And to be directed by an actor who has worked for 30 years is simply great.'


'He is stepping down from acting for a few months to direct a film just for me. But I'll make sure that he continues his acting after that, because he is just so good that it's always a learning experience to see him on screen,' said Shahid.


The actor's upcoming film 'Kaminay', directed by Vishal Bharadwaj, has attracted a lot of attention because of its unusual title and the efforts to keep Shahid's look under wraps. Shahid has said it is the 'role of a lifetime' for him.


'I think Vishal is one of the best directors I have worked with. Honestly, he has offered me the role of a lifetime. I feel very lucky that he chose me to do this part. It's a very difficult and challenging part, however, very exciting at the same time and different from what I have done so far in my career,' elucidated the actor.


The actor is also doing his second film with director Ken Ghosh.


In spite of being one of the best dancers in Hindi filmdom, Shahid was extremely nervous before learning a new dance form called Krumping for Ghosh's film 'Yahoo'.


He said: 'I am a huge fan of Justin Timberlake. I remember the first day of rehearsals with Justin's choreographer Marty, suddenly I started getting sweaty hands and became nervous.'


'I was feeling that it's very nice to see the videos of people and say that we too can dance like them. But when you actually get down to do that, it does make you feel a little nervous,' said Shahid.