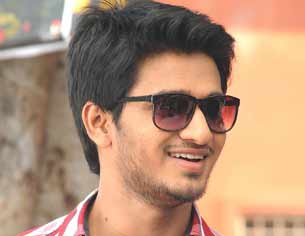 Actor Nikhil Siddhartha, who has teamed up with Swathi Reddy for the second time in a row in upcoming Telugu-Tamil bilingual "Karthikeya", says collaborating with her helped him improve his performance as an actor.

"I always believe that when you work with an actress who knows the language, you're performance improves by about 30 to 40 percent. Moreover, audiences like her too and she's a crowd puller," he added.