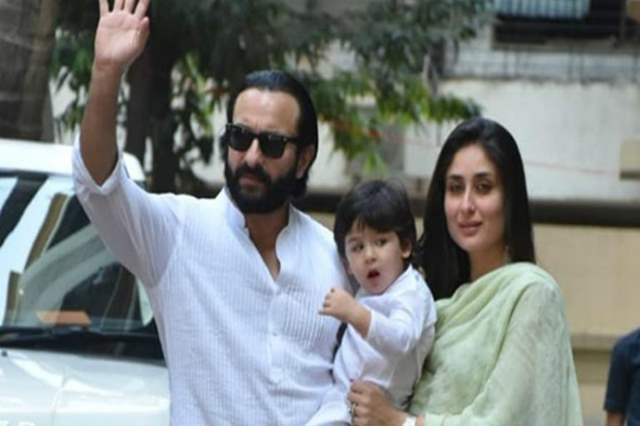 Kareena Kapoor Khan and Saif Ali Khan have guarded all they can, their little one Taimur. He being a star kid has gathered the attention like no one else. Paps have followed him every where and there is no denying the fact that he too has kinda grown into it.

Many a times, Saif and Kareena have talked about him in the media and have revealed deets which we never knew. Recently in a media interaction, Kareena revealed the two favorite people of Taimur and well, we were not shocked and we will tell you why.

To answer who Taimur loves to spend time with and who's his favorite, Kareena said that his amma and abba are the ones he adores the most. He loves spending tine with them and is most happy when they are around.

Not a surprise, right? Afterall they are his parents and they pay heed to how much time they are spending with their little nugget. They take him on vacations and Kareena even revealed in an interview that Saif even conducts his meetings at home just to be around and close to Taimur.

On work front both Kareena and Saif are caught up. Kareena was last seen in Veere Di Wedding and is back on FM with the second season of her show What Women Want. Saif on the other hand is all set with his dramatic avatar and brilliant performance(we hope) in Laal Kaptan. Saif's looks are intriguing the audience already and going by the buzz, it seems that Laal Kaptan will sweep the box office off it's feet

Disha Salian's Dance Video With Rashami, Gurmeet & Others 2 ...
2 minutes ago

Meet the On-screen Mother of Sana Sayyad in Star Plus' ...
44 minutes ago

Rhea's Lawyer Dismisses Her Being 'Missing' Allegations; ...
52 minutes ago