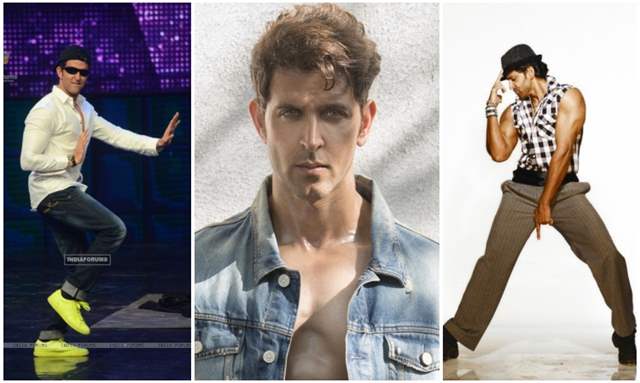 The actor who stormed his way to the top, and who is one of the sexiest actors of all time, Hrithik Roshan is also known as the ‘Greek God’ of Bollywood. While many drool over his handsome looks, the actor has danced his way to success with much grace and elegance.

Some might think it was easy for him to carry on the legacy of Roshan family, the actor has faced his own fair share of struggle with a triumphant debut in Kaho Na Pyar Hai. Later, he was touted as the next superstar and his spectacular dancing skills just added to his charismatic personality.

The actor resurrected himself from pain with perfection and constant attempts of experimentation, Hrithik has proved himself as the hard-working and optimistic personality one can look up to. We can’t deny he was born with a golden spoon, but his determination has a different tale to narrate.

THE YOUNG AND TALENTED

Hrithik has always been a chivalrous gentleman bustling with energy and talent. The actor has impressed the world with his dancing and acting skills and is known to pour his heart and soul in every performance. When Michel Jackson’s Thriller was released, an inspire 8-year-old was snapped trying to grove like the legend himself. That’s when dad Rakesh Roshan and mom Pinky Roshan realized the wonder boy is all set to rock the world with his dance moves.

The wonder boy of Bollywood suffered great obstacles as a child who endured from Scoliosis and Arthritis. Since a very early age he was also agonized with stuttering and faced a constant battle with fluent speech.

There was a time when the actor was engulfed in dread and loosing out on his dancing, and the doctors revealed he would never be able to dance again. Giving his best and destroying the hardships in his path to glory, the actor called dance a 'powerful medium' to draw people towards physical fitness.

During a media interaction, he said, "There was a time in my life when the doctors had told me that I will never be able to dance again. I danced my way through that phase, too (smiles). Dancing is a great way to stay fit. It helps you burn calories, strengthen muscles, increase flexibility, and also keeps one upbeat and happy. I have also introduced my mom and kids to it and they love it."

From offering flops to massive successful films like Krrish 3, Dhoom 2, Lakshya, Zindagi Na Milegi Dobara, Guzaarish; the actor breathed life into each and every character he performed. A savage dancer and an ace actor, Hrithik is also a daunting father of two. 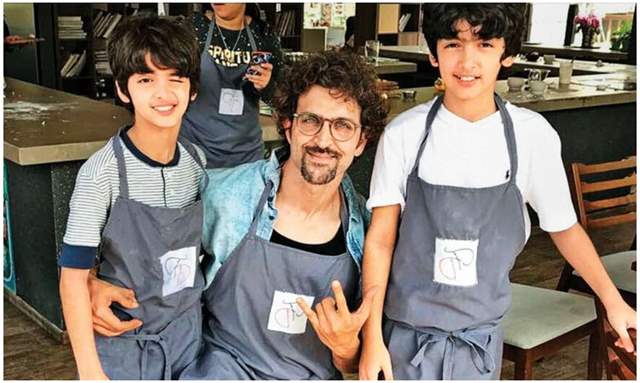 THE TRAGIC YET A LIFE OF ADMIRATION

The actor’s story offers all kinds of emotions with his journey in general. The gravitating actor has been a byproduct of his struggles and perseverance. He has repeatedly proved himself as a capable actor despite having to cross several hurdles.

In retrospect, the actor who set the screen on fire with his debut has always let the work speak for himself. He has however had an unpleasant journey in the past few years. The actor experienced divorce and an ugly personal and out of proportion spat from Kangana Ranaut.

While Hrithik scuffled through the split between him and ex-wife Sussanne Khan, he stood strong and tall through the whole process and handled the whole scenario carefully and with a delicate touch.

On the contrary, his childhood love, Sussanne stood by him during the ugly mud-spilling fight with Kangana and openly voiced her support for Hrithik.

From facing the unspeakable horrors of personal health to crumbling personal life, the actor has always challenged himself to take on the characters one could hardly imagine to portray.

From doing the most unconventional roles in Fiza and Mission Kashmir, the man went on to play the heartthrob lead to subsequently flop romantic films. Hrithik advanced to perform the character of a mentally different individual to a determined army officer, and possibly the only credible superhero Bollywood has to offer, the actor has donned many faces through his life so far.

Hrithik’s determination, believe and the ability to see the light at the end of the tunnel is unquestionable. He has gone through thick and thin with the personal rumors and drama which surround him. The flawless actor will always inspire us with his story and every setback he has overcome.

On the work front, we are ready to see the actor in a whole new avatar with Super 30.