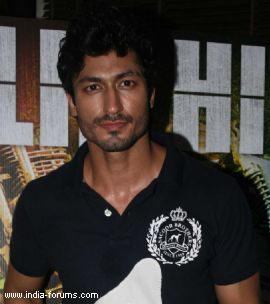 Producer Ratan Jain, who is keen to start "Khiladi 2" shooting, liked Vidyut Jamwal's work in "Bullett Raja", but says he hasn't finalised anyone yet for the title role in the sequel to Akshay Kumar 1992 starrer hit movie.

"I have seen Vidyut's work in 'Bullett Raja'. He is good. We have not zeroed down upon anyone for the film yet. We just don't need an action hero, but he should also be fine with music, humour and everything," said Jain.

"I have two to three actors in my mind but its too early to discuss about it. He must fit the bill so I can't say whether he will be part of it or not but lets see," he added.

Jain said there will be two important characters in the sequel.

"We will have two characters in the film and we are in search of the right ones," he said.

Delnaaz Irani speaks about entering Choti Sarrdarrni, her ...
11 minutes ago

Madhrima Tulli & Ssharad Malhotra starrer “Pasta” gets an ...
30 minutes ago

Kareena Kapoor Khan’s 40th Birthday: Inside Pics give ...
47 minutes ago