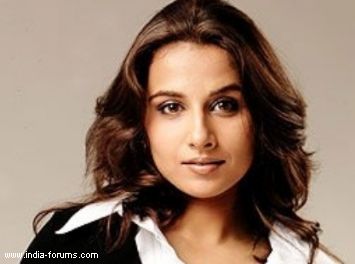 Vidya Balan again sizzles in a red sari in her first item number in "Ferrari Ki Sawaari", but director Rajesh Mapuskar says he will take a green signal from local Lavani dancers for the Maharashtrian number before releasing it.

"We want the song to look purely authentic. We are in talks with a bunch of Lavani dancers from Kolhapur for the first test screening," said Mapuskar.

True to the flavour of the song, Vidya has worn a traditional Maharashtrian attire, but instead of the typical green, she chose a ravishing red. Perhaps, it has to do with her superstition that a red sari worked wonders for her when she flaunted it in her 2011 blockbuster "The Dirty Picture".

The actress has given the song her best shot - she is said to have undergone three weeks of intense rehearsal with a troupe from Kohlapur.

T-Series signs Milan Lutharia for next

After scoring a hit with "The Dirty Picture", director Milan Luthria has struck a deal with T-Series for his next project.

The project is being touted as T-Series' next big ticket release after the success of its Salman Khan and Asin Thottumkal-starrer "Ready", which proved to be a gold spinner at the box office in 2011.

Luthria will begin work on the film once he wraps up "Once Upon A Time in Mumbaai 2."

Bollywood actor-producer Suniel Shetty says it is important to save heritage sites like the Kumbhalgarh Fort in Rajasthan, for future generations. He feels such sites prove to be good locations for the movie industry.

"Preserving heritage sites is not only important to know your history or tourism development, but also to preserve the culture," said Suniel.

"The film industry also needs locations every now and then, and places like Kumbhalgarh Fort add flavour to the masala we come up with," he added.

The 50-year-old supported the cause as he took a heritage walk across the fort, close to the picturesque Udaipur.

The initiative was a collaboration between Miraj group with Archaeological Survey of India, Department of Arts and Culture Tourism, Rajasthan and Rajasthan District Administration. Its main objective was to promote rich heritage, culture and history of Rajasthan and conservation of environment.