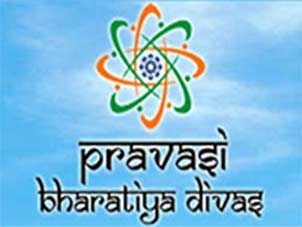 Time was when Bollywood films revolving round 'pardesi' heroes, heroines or families ruled the roost. But such subjects have been elbowed out by desi movies with desi heroes of late, but industry experts say the trend will return.

If you remember, in the 1970s Manoj Kumar's "Purab Aur Pachhim" portrayed the dilemma of NRIs and it turned out to be a blockbuster.

Thereafter, in the 1990s, both viewers at home and Indians living abroad related to the NRI theme and characters shown in several Hindi films.

Be it Amrish Puri's character in "Pardes" or Shah Rukh Khan's in "Dilwale Dulhania Le Jayenge" - they all had an innate desire to somehow preserve Indian culture abroad and the narratives struck a chord with the audiences.

Some other popular films with an NRI feel were "Kal Ho Naa Ho", "Salaam Namaste", "Dostana" and "Namastey London". Then, there was "Cheeni Kum".

Now, however, there are only sporadic releases like "Jab Tak Hai Jaan" and "English Vinglish", but the industry experts feel that NRI-flavoured movies will re-emerge.

"It is like a cycle. There was a stage when there was this kind of cinema. It was a time when these films really worked and did well," trade analyst Komal Nahta told IANS.

"Then, the producers felt a monotony setting in. So they took a break and tackled other subjects. But that time will come back," Nahta added.

The West, in these films, was often portrayed as cold and grey in contrast to the warmth of the motherland.

The subjects of the NRI-themed films varied - if Subhash Ghai's "Pardes" was about a US-based NRI looking for an Indian girl for his Americanized son, Gurinder Chaddha's "Bend It Like Beckham" depicted a mother wanting her daughter to learn cooking and settle down instead of playing football.

A relationship triangle also emerged in these films.

For instance, Yash Chopra's "Dilwale Dulhania Le Jayenge" saw Amrish Puri playing a traditional father living in Britain, who separates his daughter from her lover and brings her to India to marry a desi guy who eventually falls for her.

A rather helpless father, played by Rishi Kapoor, in Vipul Amrutlal Shah's "Namastey London" evoked sympathy from the viewers. Rishi plays a London-based Indian, who drags his completely-British daughter, played by Katrina Kaif, to India to find a suitable groom. She ends up marrying a village guy portrayed by Akshay Kumar.

There were, of course, more serious issues of not being able to fit into Western culture and balancing it with traditional Indian values portrayed through these films.

"A cultural contrast has been shown since a long time in these films. The reason why these films did well was because Indians living abroad could relate to them.

"Films like 'Dilwale Dulhania Le Jayenge' and 'Kabhi Alvida Naa Kehna' made a lot of money abroad. But then came a saturation point and this trend declined," Ausaja said.

Mira Nair beautifully captured the confused emotions of the second generation living abroad in "The Namesake".

Ausaja feels that the trend is here to stay, but the storytellers will have to treat such stories with novelty to impress the cinegoers.

"I don't think that the trend will go. Indians living abroad are nostalgic and they like to see these films. But the script and the treatment have to be good for any film to do well," he said.

Deepika Padukone likely to be Summoned by NCB for ...
an hour ago

exclusive
Exclusive Sara Khan to release her next song 'Bham Bhole'; says it's a ...
4 hours ago
View More
TOP