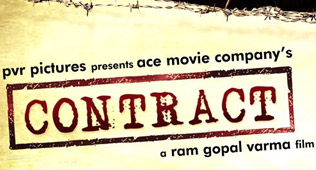 After last week's releases, which include 'Mehbooba' and 'Mukhbiir', proved to be damp squibs at the box office, Bollywood trade circles have now set their eyes on 'Kismat Konnection' and 'Contract' that are releasing Friday.

After the poor performances of 'Good Luck' and Rituparno Ghosh's 'Khela' as well, both the new movies are worth looking forward to because two fine directors, Aziz Mirza and Ram Gopal Varma, are at the helm.

While Mirza is known for making light-hearted romantic fare, Varma scores when he makes gangster movies dealing with subjects related to the underworld.

As Mirza has returned to direction after five years - his last directorial venture was 'Chalte Chalte' - so has Varma visited a gangster movie to direct after six years since 'Company' in 2002.

'Kismat Konnection' has generated a lot of expectations also because this is Shahid Kapur's second release after last year's hit 'Jab We Met', in which he was paired with his ex-love Kareena Kapoor.

Will his kismat (luck) stays with him through the release of 'Kismat Konnection,' sans Kareena? For Shahid-Kareena made a fantastic pair in 'Jab We Met'. Will his pairing with Vidya Balan in 'Kismat Konnection' work equally well for the both?

'Comparison is uncalled-for, because both 'Jab We Met' and 'Kismat Konnection' have approached romance in different ways. All three are good artists, but there are roles in which some fit and others do not. Vidya fits in the role of Priya she has done i
Featured Video 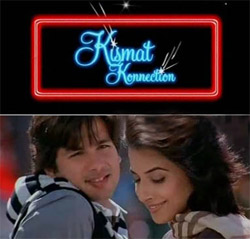 The other attractions of the movie are the boisterous presence of Juhi Chawla and the voiceover given by Shah Rukh Khan.

'Contract', on the other hand, has no stars to boast of other than the director himself. Newcomer Adhvik Mahajan is playing the main lead in it.

Since Varma finds himself in his element when he directs gangster films, 'Contract' is expected to be a hard-hitting movie like his previous hits - 'Satya' and 'Company'.

But, according to Varma, 'Contract' is not exactly a gangster movie. It is mainly about the underworld's links with terrorism told through a terrorist who is well aware of the gangland activities.

After the lukewarm response to 'Sarkar Raj', will non-star-cast 'Contract' succeed at the box office?

'Since it is a theme-based film, it will be a slow-starter, but eventually may do well through word-of-mouth publicity,' said a trade analyst.

Some distributors of 'Contract' reportedly, had suggested Varma to defer the release till August in order not to avoid clash with 'Kismat Konnection'. But he refused to oblige them, reasoning that the two are diametrically opposite movies.