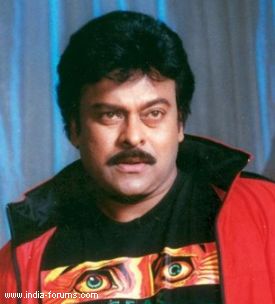 Megastar Chiranjeevi, who has worked in 149 films and who has stopped acting to concentrate on his political career, said Thursday that he will work in his 150th film when the time comes.

Until then, he wants his fans to continue supporting him as well as his family members.

"When the time comes, I'll do the 150th film. I know it's been a long time but nothing is in my hands. It's in the hands of the almighty. If everything falls in place, then I might do it," Chiranjeevi told reporters here.

"It's because of the love of my fans that I'm successful in my journey. Their love gives me strength. There may be ups and downs in my life, but I'll always remember them.

"After Pawan, Charan, Arjun, Sirish, now, Varun has joined me in this journey. I hope you will support him as well like you have supported all of us," he added.

Awed by the large turnout for the event, Chiranjeevi said he's jealous of Varun.

"I don't remember having so many people for any of my movie launches. I feel jealous of Varun because so many people have come for his film's launch. From this I can only understand where this love will take him in his career," said Chiru, as he's fondly called by fans.

"My advice to him as well as all young actors is to stay humble and grounded no matter how successful you get in career. The love of the fans will take you places," he added.

Chiranjeevi said Ram Charan couldn't attend the event because he was busy with shooting.

"Charan is busy shooting in Kanyakumari. In fact, I spent the last three days with him there. He couldn't make it but he sends his regards to Varun. He treats Varun like his own brother and I've never felt Varun is the son of my brother," he said.

To be directed by Srikanth Addala, the yet-untitled film features Pooja Hegde as female lead. Chiranjeevi sounded the first clap for the film launch.

Sanjay Choudhary Attacked By Goons; To File a Police ...
17 minutes ago