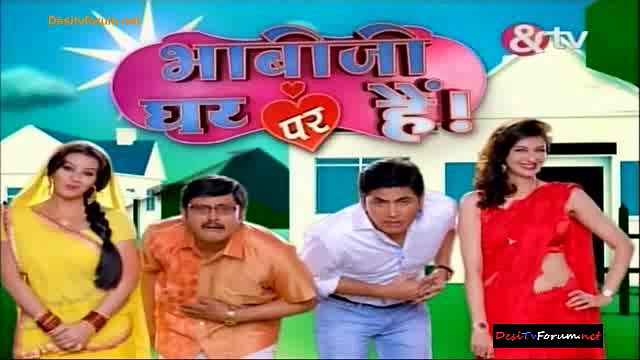 Yes you heard it right!  Vibhuti (Aasif Sheikh) will be donning the avataar of a Sadhu.  But why?

As seen on the show that Vibhu has been leaving no stone unturned to impress Angoori (Shilpa Shinde) who is Tiwari's (Rohitashv Gaur) wife but all his attempts end up failing every time.

Our source informs us," Vibhuti this time will turn into a Sadhu for an obvious reason that is to impress Angoori who is quite religious. To impress her more, Vibhuti will announce that he will abstain from eating but will get tempted looking at the food kept in the fridge. Later in the night he, sneaks into the kitchen, but unfortunately he will get caught and his efforts to impress Angoori will go in vain.

Later there will be a thrilling sequence as Saxena who wants to end his life will provoke Angoori to kill him. He will talk ill about Tiwari ji which will make Angoori furious and in a fit of anger; she will strike him with her bailan. Saxena whill fall unconscious and when Vibhuti will check him he will conclude that Saxena is dead. Thus the audience will get to see many funny sequences where Angoori and Vibhuti will try to get rid of the body."

Are you all curious to see whether Vibhuti will be able to get Angoori out of this mess?

8 years ago Wonder why airport is being blamed and not airline staff!!!
Airline staff should look after their customers