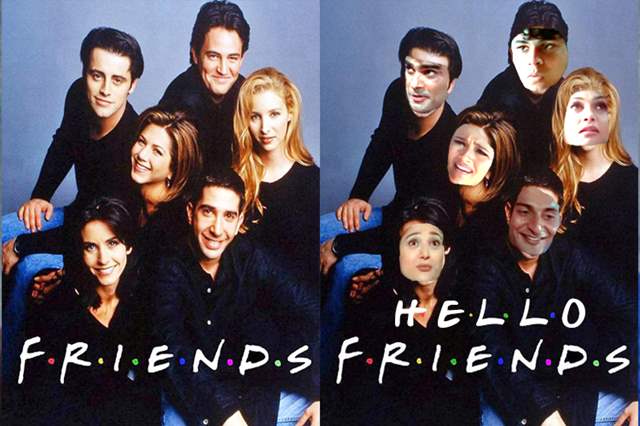 It is quite an amazing yet perplexing dichotomy we live in, don’t we? All of us love our shows and films and the ones that go on to become iconic, we are immediately faced with one dilemma – “I want more of this or a good remake” v/s “No way, this is too perfect and should never be remade or be rebooted.” This is the exact feeling all the Indian fans of probably the most iconic sitcom ever, F.R.I.E.N.D.S have had for all these years. Having the rerun value that’s impossible for any show to have, the show continues to be re-running even today where one can watch, and watch again, and watch again and keep doing it for eternity.

So, having the constant thought of what if there was an Indian remake of Friends popping up time and again, some netizens only recently came to know that it actually did happen way back in 1999 (when the original Friends was in its prime) and a clip from the Indian remake went viral. Yes. For the past few days, the clip of Indian Friends called Hello Friends has been going viral and needless to say, for all the wrong reasons. I actually knew about it and had seen way before but now that it is viral, let’s talk about that is the show actually that bad among other things.

Doing a Remake - Not The Worst Decision

Okay, to be fair, I don’t think remaking Friends was the worst decision. And that too in the time when the original was in its prime – it actually was a bold and applaudable decision taken by the makers, and all the more, Zee TV. What was even better on paper is the kind of talent that was roped in to play the characters – Probably amongst the funniest people Cyrus Broacha playing Chandler, a smart and hot man Nikhil Chinappa playing Ross, a gorgeous and fabulous Simone Singh playing Monica and a beautiful and subtle Aparna Sharma playing Rachel. These seemed good choices indeed and I can relate as to why it was thought. BUT… 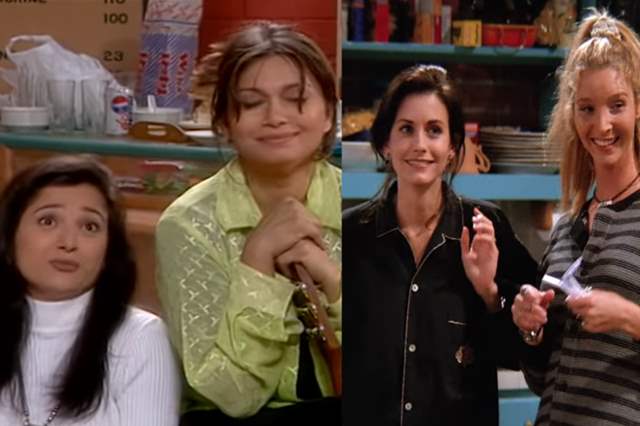 The Worst Decision Was…

Before I get bombarded with hate comments; here are the two decisions I feel worked absolutely against the show. The first one has to be the casting of Joey and Phoebe. There’s a reason why playing these characters is probably the toughest job and a reason why Matt Le Blanc and Lisa Kudrow did it with sheer perfection. Hence, if you’re recreating them for India, you have to change the entire thing only keeping the essence. And hence, having Anil Dimri and Maria Goretti play Joey and Phoebe’s characters was indeed the worst call possible. Neither did Dimri have the obvious on-screen charm that Joey had and nor did Goretti’ caricaturish portrayal of Phoebe just to appear dimwit work at all.

The most hazardous decision, and probably the one that derailed this show now becoming a reason for mockery is the plan of doing a scene-by-scene recreation of the original. I mean, why would you do that! Chandler’s joke of ‘And I want a million dollars’ in the first episode when Ross says ‘I just want to be married again’ and Rachel appears in a wedding dress works wonders because of the setting, culture and perfect timing. This is literally tormented in Hindi when Broacha has to say ‘teri baat toh sach nikli. Oo magic darwaza, main chahta hu ki Urmila, Sushmita aur Aishwarya mujse shaadi karle’ and a skinny dusky man appears instead. Yes. You feel the cringe so much that you are almost infuriated.

Doing a scene-by-scene and even to an extent, dialogue-by-dialogue recreation of something iconic is not just a ‘risk’ but upfront suicidal. Not everyone gets it on-point and lucky like with The Office (USA) that was a remake of The Office (UK) and actually way better. 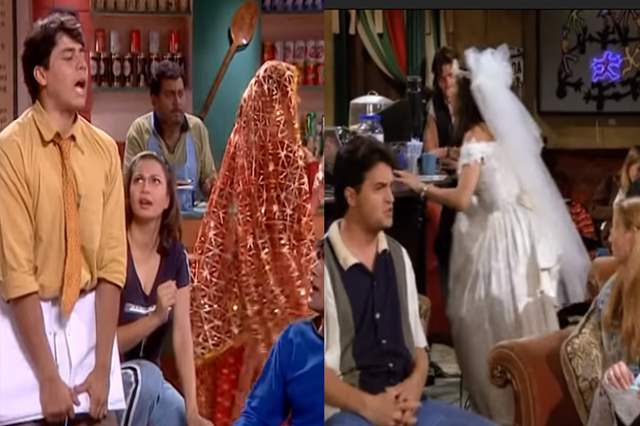 In India, especially, be it any generation you’re catering to, the remake of an iconic show/film needs to be ‘Indianised’ but in a way that still feels authentic and not just done for the sake of it. Hello Friends isn’t the only blunder ever but there have been a few others. Of course, there is no guarantee that this decision will also be the right one or not meet with flak but will at least not be slaughtered by the avid fans for ruining the original, because it is actually doing that. 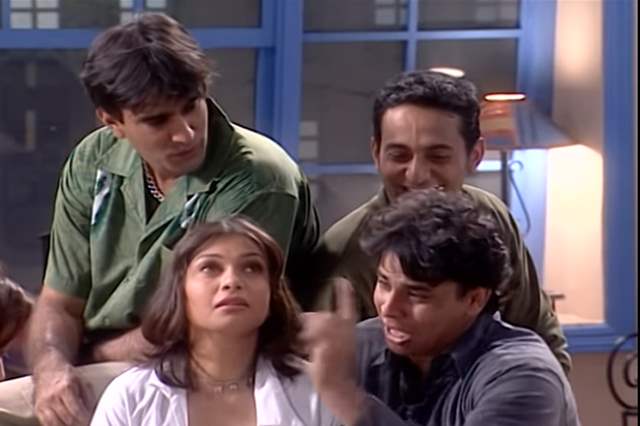 What do you think about it? Leave in your comments below.

Juhi_04 2 months ago At least Zee tried to remake an english show that also in 1999 no matter how it turned out. Now Zee only shows 3rd class regressive shows. Obviously those who watched original will feel remake weird but at least they tried such content on Indian TV 21 years ago. Now on Zee they show nonsense like an ex-teacher and a doctor in different but related shows always forgiving their nasty husbands even if they do extra-marital affair.

SillySeasonHere 2 months ago This is so bad that you have to do shuddhikaran of your eyes if you watch it. So cringy. I saw its few clips in YouTube reviews & it made me cringe so hard.

imkt 2 months ago It will be a big flop.big big one