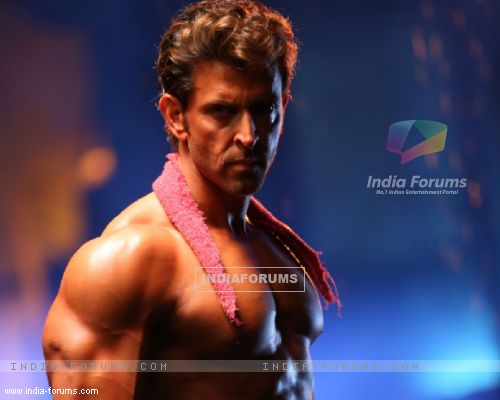 Bollywood actor Hrithik Roshan, who wished Sylvester Stallone on his 69th birthday, says it was the Hollywood star who inspired him a lot to be "strong" in all phases of life.

"It ws also @TheSlyStallone birthday!Give it up 4d man who inspired d thin weak me 2b STRONG one day. Can't thank him enough. HAPPY BIRTHDAY," Hrithik posted in the early hours of Tuesday morning.

Previously, actor Salman Khan, who has won the hearts of many in India and the world, also expressed his respect towards Stallone and called him his hero. The "Bajrangi Bhaijaan" actor called upon his 12 million fans on micro-blogging website Twitter to follow the legendary actor, who turned an year older on Monday.

On the professional front, Hrithik is currently shooting for Ashutosh Gowariker's epic adventure-romance "Mohenjo Daro" opposite actress Pooja Hegde, who makes her debut in tinsel town with the film.

456telly 5 years ago u r d best hrithik...proud to b ur fan...my friend is simply crazy bout u...wish u good luck fr ur all upcoming projects...