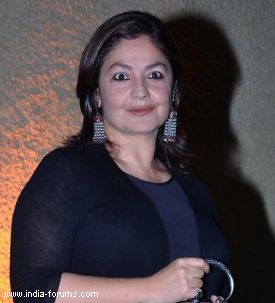 Filmmaker Pooja Bhatt, who is caught in a title tussle with Vipul Shah over his "Holiday - A Soldier Is Never Off Duty", says she is in a situation where "it's like paying hafta (protection money) and still being beaten up" by film associations.

Earlier this month, the actress-turned-filmmaker had shared how she was not happy with the title of the Akshay Kumar-starrer as she too had released a film titled "Holiday" in 2006.

Now, Pooja may initiate legal action against Shah and his co-producers UTV for the alleged infringement of copyright.

Pooja claims the title belongs to her, but Shah protests that he not only revised the original title, but he also got it approved by the Indian Motion Pictures' Producers Association (IMPPA).

Explaining the matter, Pooja said: "Vipul Shah wrote to me asking for the title

'Holiday'. I said no. He approached the (Film and Television Producers Guild Of India. The Guild rejected his application. He then went to IMPPA and registered the same title with a tagline attached."

"I want to know, why should I bother to become a member of any of the film associations, pay them for the privilege, register and re-register my titles for a fee and still get copyright-challenged by any producer who wants to take my title? It's like paying hafta and still being beaten up," said the miffed filmmaker.

She wants the film associations to get their act together and their procedures in place.

"A producer like Vipul Shah exploits a loophole in a rotten, outdated system where the film associations violate one another's rules and interests and then pass on the buck," she said.

Meanwhile, she says her title "Holiday" remains registered till 2016.

"Yet if someone else can use it what is the point of film associations," she questioned.

Giving his side of the story, Shah said: "Pooja thinks I've used the title when I don't have it. This isn't true. I had requested her to give me title 'Holiday'. She did not and I had to go for the title 'Holiday - A Soldier Is Never Off Duty'.

"I've gone through the legal process and got it registered. Only then have I used it. Pooja should be taking on IMPPA who gave me the title."