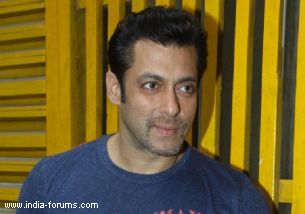 Bollywood superstar Salman Khan is keen to work with internationally acclaimed composer A.R. Rahman and he is awaiting for an opportunity to collaborate with the Oscar winner.

Rahman launched his new album "Raunaq" Thursday and Salman, who graced the occasion, asked Rahman: "When will you work for us?"

When asked about Salman's desire, Rahman said: "Then he has to do movies which I like."

"No, no. I like his stuff, they are so energetic and nice," Rahman said.

"We worked together in 'Yuvvraaj' and its music has been a hit. I think life is a cycle... hopefully, we will do something extraordinary," he added.

Rahman's compositions in his latest release "Highway" are being appreciated.